US: Flight Makes Emergency Landing After Man Threatens To 'take Plane Down' 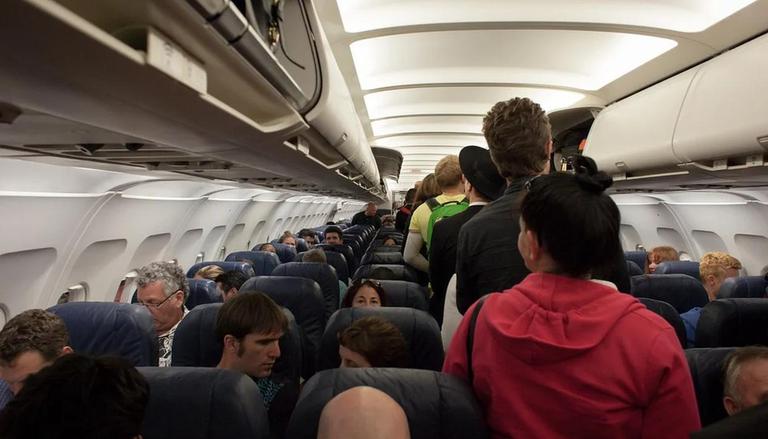 
A Delta Airlines flight from Los Angeles to Atlanta was diverted for an emergency landing after one of the passengers on board threatened to take down the plane, authorities later said. The incident took place on June 11 when one of the passengers, reported being in his late 20s, attacked two attendants and continuously chanted that he was “going to take the plane down." His “unruly behaviour” triggered panic and prompted the flight 1730 pilot to immediately call all “able-bodied men” to assist.

Meanwhile, the pilot diverted the flight, which was commuting from the west coast towards the southeast, to Oklahoma City, Oklahoma. While the plane was allowed to take off again, law enforcers cordoned it off and conducted a thorough check.  Meanwhile, the police also detained the troublemaking passenger, who was later identified as an off-duty Delta employee. After complaining of chest pains and showing signs of what police said were mental issues, the man was hospitalized. The police is still probing into the motive behind the attack.

Later, Delta Airlines thanked the passengers and crew who "assisted in detaining an unruly passenger." It also issued an apology to those affected by the incident. "We apologize to our customers for the delay and any additional inconvenience this caused," a spokesperson said. This incident comes as the number as authorities have reported a dramatic surge in passenger misbehaviour.

Earlier this year, an Indian passenger onboard the Air France flight en route from Paris to New Delhi was taken off the aircraft, forcing the flight commander to immediately land the plane in Sofia Airport of Bulgaria. The passenger, flight crew alleged was aggressive in his behaviour while he allegedly also assaulted an attendant.  An official at the National Investigation Agency, Ivailo Angelov said "The passenger who is an Indian citizen began to act up immediately after the take-off. He quarrelled with co-passengers while also assaulting a flight attendant and was hitting the cockpit's door."

READ | 'Instagram vs Reality': Model called out for pretending to be in business class on flight

WE RECOMMEND
US Embassy announces opening of 'bulk' student visa slots from June 14; details inside
China slams US' plans to deploy missiles in Asia, blames nation for Iranian nuclear issue
US: At least two killed, over 30 injured after mass shootings jolt three states
Travel rebound: 2 million people go through US airports
US Sen. Ron Johnson suspended for a week from YouTube over COVID-19 treatment video