US President Joe Biden said that a Russia-based group was involved in the ransomware attack on Colonial Pipeline, but ‘no evidence’ that Russia was involved. 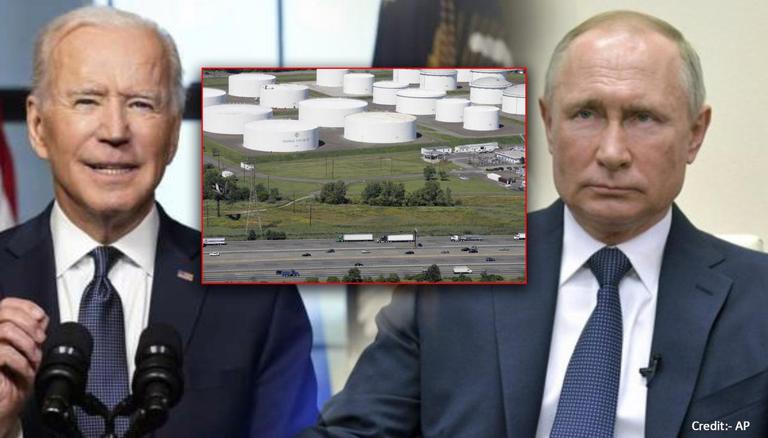 
United States President Joe Biden on May 10 said that a Russia-based group was involved in the ransomware attack that prompted the authorities to shut down the largest oil pipeline in the eastern US. Even though the FBI identified the group behind the hack of Colonial Pipeline as ‘DarkSide’, Biden also said on Monday that so far there has been “no evidence” from American intelligence that Russia is involved. He said that evidence is there that actors of the massive hack are in Russia.

DarkSide is reportedly a shady operation that emerged only last year due to its attempts to lock up corporate computer systems and forced the companies to pay hefty amounts to unfreeze them. Biden also said that he would meet with Russian President Vladimir Putin

"I'm gonna be meeting with President Putin and so far there is no evidence, based on our intelligence people, that Russia is involved,” Biden told reporters.

“Although there is evidence that actors, ransomware is in Russia. They have some responsibility to deal with this," he said.

On May 8, the operator of the major pipeline system that transports fuel across the East Coast in the United States said that it had been a target of a ransomware attack. Hence, Colonial Pipeline halted all pipeline operations to deal with the cyber threat. As per the Associated Press report, the attack will not impact the gasoline supply and prices unless it is dealt with without a prolonged shut down of the pipeline. The operator reportedly did not say what was demanded or who made the demand initially.

The cybercriminal gang did not want to ‘create problems’

As per the BBC report, the cybercriminal gang that attacked Colonial Pipeline, which delivers roughly 45% of the fuel consumed on the East Coast, acknowledged the ransomware incident in a public statement. DarkSide wrote on its website that “Our goal is to make money and not creating problems for society.” In a statement that the group posted on its website on May 10, it described itself as “apolitical.” It further said, “We do not participate in geopolitics, do not need to tie us with a defined government and look for... our motives.”

WE RECOMMEND
Joe Biden avers proposed meet with Vladimir Putin will be a 'good step' for US-Russia ties
US declares 'regional emergency' in 17 states and DC over fuel pipeline cyberattack
US expresses 'serious concerns' over unrest in Jerusalem, evictions of Palestinians
US: Man faces domestic terror probe tied to racist extremism
US: Joe Biden buys tacos in a bid to promote ‘Restaurant Revitalization Fund’