The US House of Representatives voted to create a 9/11 style commission in a bid to look into the horrifying January 6 Capitol riot in Washington, DC. 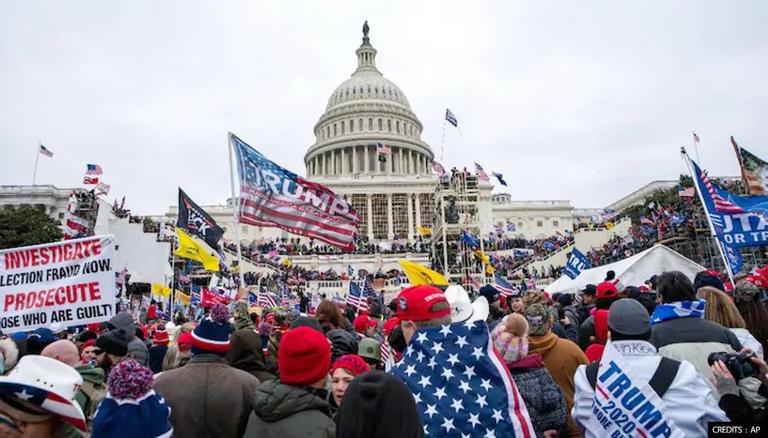 
The US House of Representatives voted to create a 9/11 style commission in a bid to look into the horrifying January 6 Capitol riot in Washington, DC. According to NBC News, 35 House Republicans, included 10 who voted for Donald Trump's impeachment earlier this year for his conduct surrounding the riot, supported the move and joined Democrats to hand the former US President a resounding rebuke by ignoring his appeal to reject such a panel. The House voted 252-175 to create the independent commission, however, the bill faces an uphill battle in the Senate, where it needs at least 10 GOP votes.

Following the vote, Trump expressed his displeasure with the 35 Republicans who voted for the commission. The former President called them “35 wayward Republicans” who “just can’t help themselves”. He said, “We have a much better policy and are much better for the country. But the Democrats stick together, the Republicans don’t”. Trump even added that sometimes there are “consequences” to being “ineffective and weak”. “The voters understand,” he said.

The 35 Republicans who backed the move included Sens. Mitt Romney, R-Utah, and Ben Sasse, R-Neb., and Rep. Liz Cheney, R-Wyo. Nine members who voted in favour of the commission reside in competitive districts.  Rep. John Katko was also one of 10 House Republicans to vote in favour of impeaching Trump earlier this year.

Meanwhile, the commission, as laid out in the bill, would include five Democratic-appointed members and another five chosen by Republicans, with current government officials or employees banned from appointment. The panel can even subpoena individuals only if the Democratic-appointed chair and Republican-appointed vice-chair agree or if there is a majority vote among the commission members. The commission is modelled similar to the one that investigated September 11, 2001 terror attacks and it will look into the storming of the US Capitol by a mob incited by Trump to prevent a joint session of Congress from certifying Joe Biden as the winner of the 2020 election.

It is worth noting that House Minority Leader Kevin McCarthy opposes the commission. However, House Speaker Nancy Pelosi said each of his requests for such an investigation outlined in a February letter to her was included in the agreed-upon format. McCarthy, like Trump, has said that he wants such a commission to also investigate left-wing violence unrelated to the riot.

WE RECOMMEND
US will replenish Israel's Iron Dome Air Defense System, says Biden after ceasefire
Jaishankar to visit US next week; vaccine procurement on top of the agenda: Sources
US, Russia at odds over military activity in the Arctic
US military aircraft C-17 makes 'technical stop' at Dublin's Baldonnel airfield
US has provided over USD 500 million in COVID-19 relief to India: White House