Thompson stated that the select committee will investigate the phone call, if they were successful in their legal battle to access Trump's White House records. 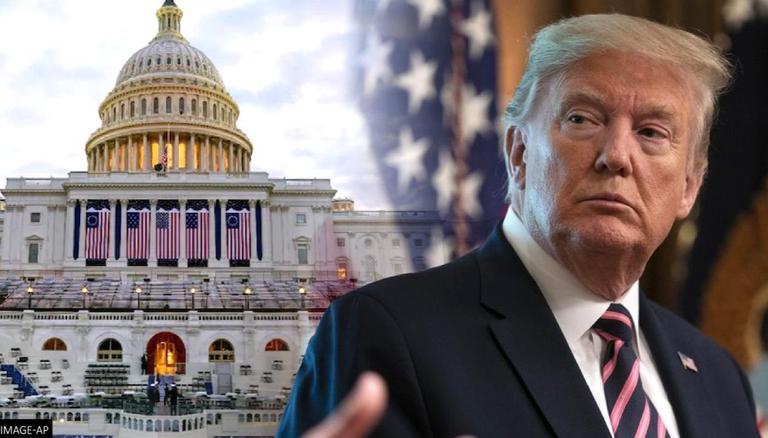 
The head of the House select committee investigating the US Capitol attack, Congressman Bennie Thompson, has announced that the panel will investigate former President Donald Trump's phone call seeking to prevent Joe Biden's certification from taking place. Trump allegedly made the call on January 6, hours before the insurrection. Thompson stated that the select committee has planned to investigate the phone call, if they were successful in their legal battle to access Trump's White House records despite the former President's executive privilege objections, reported The Guardian on Monday.

According to a previous report by The Guardian, Trump called lieutenants based at the Willard Hotel in Washington DC on January 5, seeking ways to prevent Biden's certification from taking place on 6 January. The report, citing multiple sources, stated that the call was made by the former President from the White House. Thompson claimed that House investigators had already begun to look into Trump's demand that Biden not be sworn in as president on January 6. He said the select committee couldn't ask the National Archives for specific call data. "If we want all White House calls made on January 5 and 6, we would definitely look into it," he noted.

Trump first told the lieutenants that his Vice-President, Mike Pence, was hesitant to go along with the plan to take over his ceremonial role at the joint session of Congress, which would allow Trump to retain the presidency, sources told The Guardian. They claimed that Trump pressed his lieutenants for ideas on how to prevent Biden's certification on January 6. In recent months, House investigators have pushed an initial investigation into Trump's interactions with Willard lieutenants, issuing a flurry of subpoenas demanding documents and testimony from key witnesses.

It is significant to mention here that last week Trump's spokesperson, Taylor Budowich filed a lawsuit against the House select committee in order to prevent it from acquiring former's financial records from JP Morgan Chase. The move comes after the committee last month subpoenaed Budowich and other Trump associates involved in planning "Stop the Steal" protests, including at the Ellipse in Washington, DC, before the US Capitol attack, as per CNN. According to the lawsuit, Budowich responded by producing over 1,700 pages of records and giving almost four hours of sworn testimony. Budowich said in the lawsuit that the papers were adequate to identify all account transactions related to the Ellipse Rally from December 19, 2020, to January 31, 2021.