US: Howard University Students Protest Against Living Conditions In Dormitories

Students of Howard University started sleeping outdoors in tents on campus grounds to protest against the living conditions provided to them. 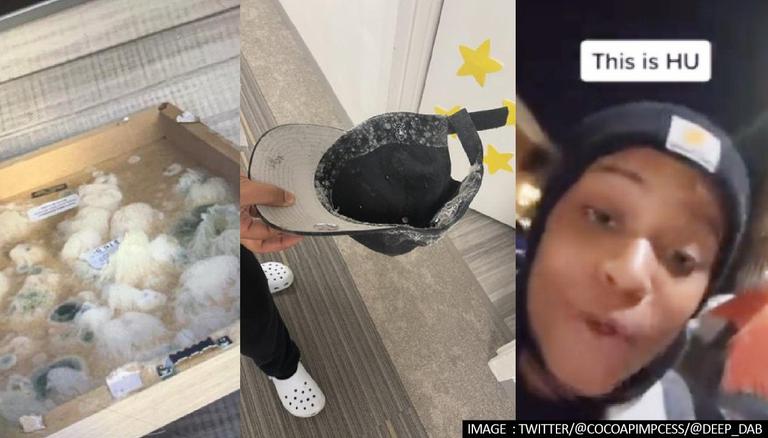 
Students of Howard University in the United States have started sleeping outdoors in tents on campus grounds to protest against the living facilities in the dormitories. The students have described the conditions in the college dormitories they live in as "poor" and "unlivable", reported ABC News. Speaking to the news outlet, students have alleged that the university living quarters have mould, insect and rodent infestation. Furthermore, they revealed that the dormitories have leaking ceilings and flooding.

The students participating in the protest have alleged that they have been facing health issues due to the living conditions in the dormitories. Lamiya Murray, an 18-year-old freshman currently living in one of the tents, told the news outlet that a mould in her dormitory room caused him a respiratory infection. Murray added that they "expect decent housing" and want to be in a space where they feel "safe". Murray has said that he was facing breathing issues and woke up every morning with a cough, reported the news outlet.

PLEASE SHARE! THIS IS WHAT IS HAPPENING AT HOWARD UNIVERSITY RIGHT NOW! pic.twitter.com/TfNtznwsLz

It’s sad that young black students are asking for better living conditions at a university…this what Howard doing ?! pic.twitter.com/YyHclj1iOv

Frank Tramble, vice president of communications and chief communications officer at Howard University, in a statement to ABC News, said that the well-being of the university students was their priority. Furthermore, Tramble stated that they were trying to sort out the issues raised by students. Tramble further stated that the cabinet members of the university administration have even inspected the campus housing facilities. He added that they have shifted the affected students to temporary housing till the time university works to solve the issues.

READ | US: 911 operator hangs up on Spanish-speaking caller in fire emergency; he later dies