US: Injured Deer Rushes Into Louisiana Hospital; Euthanized Due To Wounds

In a Louisiana hospital, a deer broke through the main door and went up an escalator before being apprehended and died due to injuries on Monday. 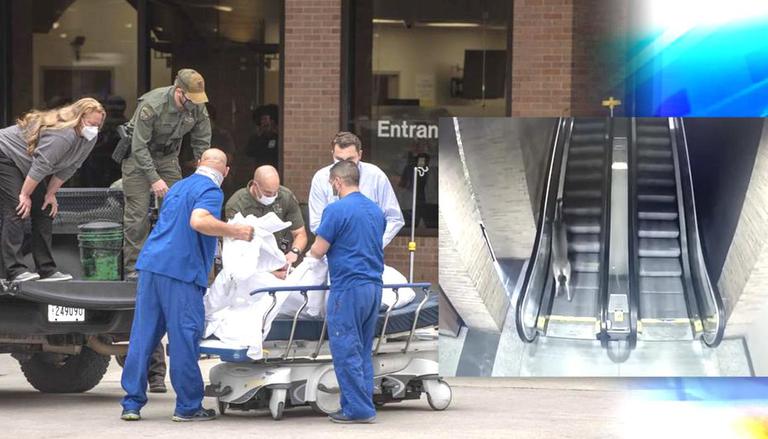 
A deer broke through the main door and went up an escalator before being apprehended and died due to injuries on Monday in a Louisiana hospital. CCTV footage showed the deer racing into Baton Rouge's Our Lady of the Lake Hospital through an open entrance and slipping on the slick floor as astonished people and tourists watched from a few feet away. The video was shared on Facebook by Our Lady Lake on November 16. The deer regained enough of its footing to climb up the escalator to the second floor, where it was finally apprehended and restrained by many persons, including a law enforcement officer.

In the Facebook video of the deer running inside the hospital, Our Lady Lake wrote a caption, which read, "Our team members are always ready for the unexpected. Thank you all for your care and concern and to Louisiana Department of Wildlife and Fisheries for their quick response."

The hospital claimed in a statement that patient care has not been disrupted and that the area is being carefully cleansed. According to the Louisiana newspaper, the Advocate, the hospital spokesman Ryan Cross stated that they suspect that the deer strayed in from adjacent Wards Creek. He also stated that the deer's surprise walk-in had no impact on patient care, and no one was wounded.

READ | Biden-Xi made no progress on Taiwan, resolving divisive issues between US & China: Analyst

The deer was put into a hospital bed and wheeled outside to a Louisiana Department of Wildlife and Fisheries (LDWF) truck. According to the agency, the animal had to be euthanized due to injuries, and there were signs it had been hit by a vehicle before entering the premises. The horrific injuries were discovered during a checkup by LDWF State Veterinarian Dr Jim LaCour, which resulted in the animal's euthanasia, according to the official website of LDWF. He stated that it appears that the animal was hit by a car, and hospital staff performed an excellent job in handling the animal before contacting them.

READ | US airports to screen over 20 million passengers during Thanksgiving, says TSA chief

According to the department's Facebook page, the animal had significant injuries and was euthanized as a result. It was established that the deer was 4-and-a-half-year-old. Biological samples of the deer were also gathered by the Louisiana Department of Wildlife and Fisheries for additional analysis.

WE RECOMMEND
US: Nearly half of voters cast doubt on Biden's mental, physical well-being for governance
US, South Korea and Japan warn North Korea to invoke sanctions for launching missiles
US labels Iran, China, Pakistan, and 7 more nations as 'Countries of Particular Concern'
Israel dismisses US proposal for interim deal to buy time for nuclear talks with Iran
US airports to screen over 20 million passengers during Thanksgiving, says TSA chief