US Air Force General Jacqueline Van Ovost became the 2nd woman to lead the US Transportation Command. She took over the charge from Army General Stephen Lyons. 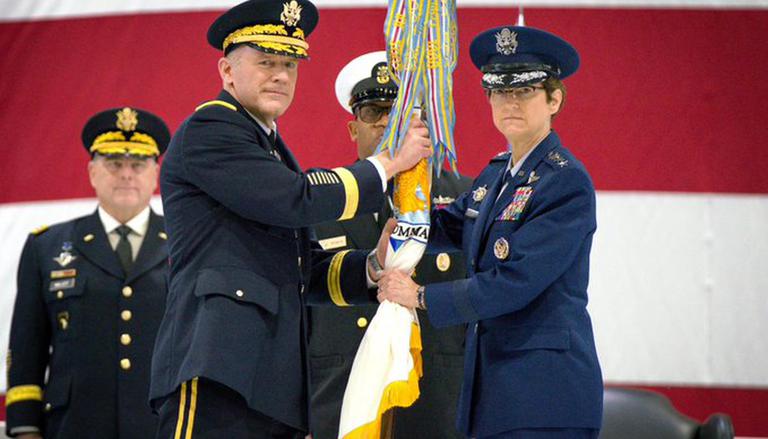 
US Air Force General Jacqueline Van Ovost, on Friday, became the second woman to lead the US Transportation Command (USTRANSCOM), which is one of the Pentagon’s 11 combatant commands. In a ceremony that was attended by Defence Secretary Lloyd Austin and Chairman of the Joint Chiefs of Staff Mark Milley, Ovost took over the charge from Army General Stephen Lyons. “There is not a single person out there who is more prepared to lead TransCom than Jackie Van Ovost,” Milley said during the ceremony in Scott Air Force Base in Illinois.

"As she likes to say, 'As young women looking up, it’s hard to be what you can't see.' So General Van Ovost knows the importance of breaking barriers,"  Austin added.

'Played a pivotal role in Afghanistan'

Born in Arlington Heights, Ovost graduated from the US Air Force Academy in 1998. Apart from successfully leading the recent Afghan evacuations, she had also served as vice director of the Joint Staff at the Pentagon. On Friday, Austin remarked that Ovost was a “legend of a leader”, who “played a pivotal role” in the American airlift missions in the conflict that hit Afghanistan. Notably, during the mission, Ovost led the Air Mobility Command (AMC) which is the air force wing of the command.

"At the height of the NEO [Noncombatant Evacuation Operation] (in Afghanistan), an aircraft was taking off from Kabul airport every 45 minutes. This kind of real-world combat achievement underscores something crucial. General Van Ovost, in the 21st century, careers like yours are a fighting imperative," Austin said.

Gen. Van Ovost makes history as the first woman to serve as @US_TRANSCOM commander, and we couldn’t be more thrilled to welcome her to the team.

US President Joe Biden on August 30 announced the completion of the massive evacuation operations from Afghanistan, thanking the US servicemen for their execution of the dangerous retrograde. The last American soldier boarded a US C-17 aircraft on August 30, marking the end of the 20-year-long US mission in Kabul. "They have done it with unmatched courage, professionalism, and resolve. Now, our 20-year military presence in Afghanistan has ended," Biden said, as per a release of the White House.

(With inputs from AP, Image: @US_TRANSCOM/Twitter)

WE RECOMMEND
US: Biden administration exempts former Taliban civil servants from terror-related bans
India & US reiterate commitment to economic partnership, discuss combating terror funding
US Special Envoy says Russia should remove Missiles ‘violating’ Treaty from Europe
China claims 'US paying $1000 per news article' to slander its BRI in Zimbabwe
US offers up to $2mn in reward for information on Pakistani human smuggler