In the United States, on the afternoon of September 10, a small jet plane lost control and crashed onto the rocky banks of San Diego Bay. 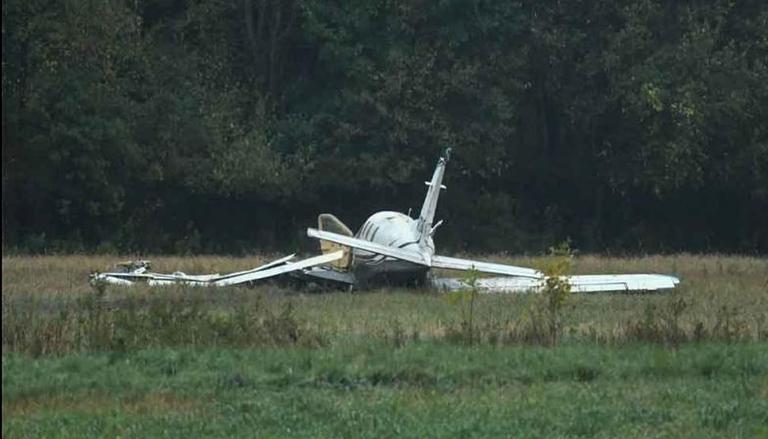 
In the United States, on the afternoon of September 10, a small jet plane lost control and crashed onto the rocky banks of San Diego Bay. According to media reports, the crash was caused by the effects of Tropical Storm Kay. Tropical Storm Kay, which was centred approximately 100 miles south of San Diego, brought rain and high winds to the area, according to a nearby weather observation site.

The wreckage will be examined by federal authorities to establish what caused the plane to exceed the runway. Despite the intermittent rain and high winds, the runways at the naval air station were open for both arriving and departing aircraft. According to Fox Weather, the Navy-contracted plane skidded off the runway at about 1:15 PM when it was trying to land at Coronado's Naval Air Station North Island.

Gee, I wonder whose private jet,
not caring abt the climate, obnoxious, hypocrite, celebrity or politician it is. 🤔

According to the report, the two individuals on board the Learjet 35 were able to evacuate the plane and were being examined at a hospital. The San Diego Web Cam saw the crash landing's early aftermath, however the camera operators said that the visibility was insufficient to witness the landing.

The footage indicated that after the collision, the plane's nose was poised over the water and its tail came to rest on the stony bay walls. According to the report, Tropical Storm Kay was 100 miles south of the landing strip at the time and brought rain and strong gusts to the region. Around the time of the occurrence, 0.52 inches of rain were recorded at San Diego Airport in three hours.