A woman brought a lawsuit at court saying that the third child and second son of Queen Elizabeth II, had sexually abused her when she was 17 years old. 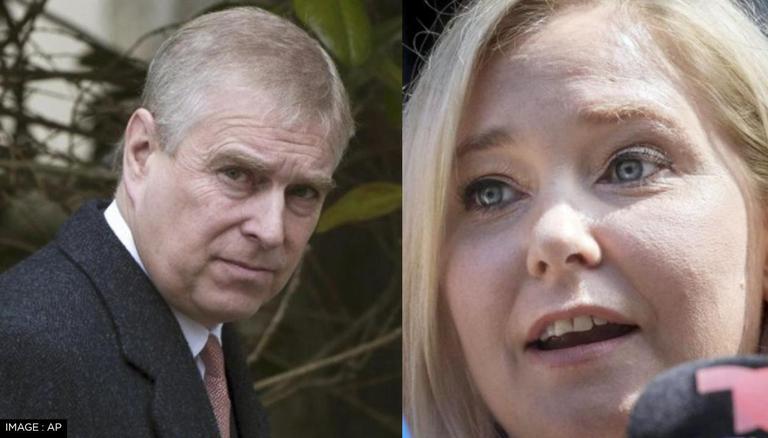 
A US district judge in the state of Manhattan on Wednesday, Jan. 12 rejected Britain's Prince Andrew’s bid to dismiss a lawsuit brought by a Virginia woman, who had alleged that the member of British Royal Family, the third child and second son of Queen Elizabeth II, had sexually abused her when she was 17 years old. The Duke of York’s attorneys argued that the suit should be gotten rid of as Virginia Guiffre signed a deal with convicted American sex offender Jeffrey Epstein in 2009. Britain Prince’s lawyers said that the survivor had struck an old legal settlement with the disgraced financier who she claims had arranged sexual encounters with the prince.

Although, as per the reports, Manhattan Judge Lewis Kaplan denied dismissing the lawsuit, arguing that the 2009 deal "cannot be seen" to benefit Andrew. "Independent of whether the release language applies to Prince Andrew, the agreement, at a minimum, is 'reasonably susceptible to more than one interpretation on the equally important question of whether this defendant may invoke it," Judge Kaplan reportedly stated. The judge also categorically stressed that the $500,000 settlement between Epstein and Giuffre did not involve the Prince in any way, and therefore isn’t a reason good enough to bar a suit, Associated Press reports.

The 61-year-old Andrew was sued in August 2021 by the woman who brought the matter to the court, alleging that she was coerced into sexual acts with Britain’s Prince as a minor in 2001. The meetings were set up by the convicted financier Epstein and his longtime companion, Ghislaine Maxwell. Giuffre, in the lawsuit accessed by AP, claimed that she was sexually abused by Andrew at Maxwell’s London home, separately at Epstein’s New York mansion and his estate in the US Virgin Islands, on several occasions. Her complaint, said the judge, was neither “unintelligible” nor “vague” nor “ambiguous” and alleges “discrete incidents of sexual abuse in particular circumstances at three identifiable locations.” The woman’s complaint identifies “to whom it attributes that sexual abuse,” the wrote in the court document on Wednesday.

Both Jeffrey Epstein and Maxwell attended the prince’s 40th birthday party in 2000, and Epstein, in turn, was invited to Andrew’s daughter’s 18th birthday party in 2006, which explains the connection. These meetings were conducted just a month after the Florida state prosecutors had charged Epstein for procuring and coercing minor women into prostitution.

Andrew’s attorneys, however, reject the allegations saying that he “unequivocally dismisses Giuffre’s false allegations against him.” Britain’s Prince had also denied the claims with BBC Newsnight, wherein he said that he did not sexually abuse Giuffre, stressing it “didn’t happen” and that he has “no recollection” of ever meeting her and does not know who she is. The interview came before he was discharged from his royal duties.

While the Royal Palace refused to make comments on the ongoing legal matter, Sigrid McCawley, an attorney for Giuffre, in a statement hailed Judge Kaplan’s ruling, saying that it “is another important step in Virginia’s heroic and determined pursuit of justice as a survivor of sex trafficking.”