US Congress lawmakers including President Joe Biden’s fellow Democrats, have decided to investigate what went wrong in Afghanistan as Taliban took over. 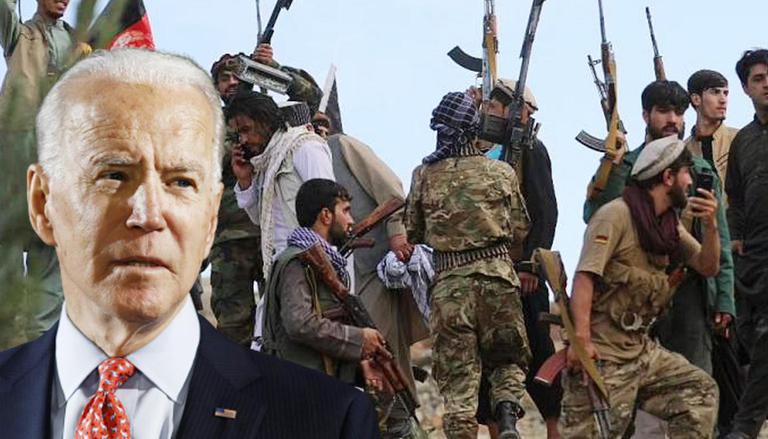 
In a recent development, US Congress lawmakers including President Joe Biden’s fellow Democrats, have decided to investigate what went wrong in Afghanistan. US Senator Bob Menendez, Democratic chairman of the Senate Foreign Relations Committee said in a statement on August 17, said that he is “horrified and saddened” by the crisis unfolding in Afghanistan and noted that it is the outcome of a “series of mistakes” by both Republican and Democratic administrations over the period of last two decades.

Menendez said, “The events of recent days have been the culmination of a series of mistakes made by Republican and Democratic administrations over the past 20 years. For years, I have argued that the withdrawal of U.S. forces must leave a durable political settlement in place. The wholly inadequate agreement the Trump administration made with the Taliban did not get commitments for the Taliban to break ties with Al Qaeda, nor did it account for the day after our withdrawal.”

“In implementing this flawed plan, I am disappointed that the Biden administration clearly did not accurately assess the implications of a rapid U.S. withdrawal. We are now witnessing the horrifying results of many years of policy and intelligence failures,” he added.

Menendez also said that the United States government needs to focus on the “immediate and vital necessity” of evacuating US nationals and other vulnerable Afghans including journalists, women, and civil society “who spent the past twenty years advocating for a more democratic Afghanistan who the Taliban is targeting right now.” The US Senator added that US’ reputation is on the line and our whole government must be making every effort to achieve this objective. There were clear policy execution and intelligence failures associated with our withdrawal and its aftermath. How the U.S handles the evacuation over the next few days will have implications well beyond Afghanistan and will impact our ability to build coalitions and work with partners moving forward.

Horrified & saddened by the chaos engulfing Afghanistan. These recent events are the culmination of a series of mistakes made by Republican & Democratic administrations over the past 20 years. Read my full statement: https://t.co/6EOkArHCjo

Democratic chairman of the Senate Foreign Relations Committee also said that they will hold a hearing on United States’ policy towards Afghanistan including former US President Donald Trump’s “flawed negotiations with Taliban, and the Biden administration’s flawed execution of the US withdrawal.” In a statement on Tuesday, Menendez assured that the “Committee will seek a full accounting for these shortcomings as well as assess why the Afghan National Defense and Security Forces collapsed so quickly. Congress was told repeatedly that the Afghan Defense and Security Forces were up to the task, that it had the troops, equipment, and willingness to fight.”

He added, “To see this army dissolve so quickly after billions of dollars in U.S. support is astounding. The American and Afghan people clearly have not been told the truth about the ANDSF’s capacity and deserve answers. Finally, the Committee will examine the path forward, focused on the international response to the looming humanitarian and human rights catastrophe under a Taliban-led regime.”

WE RECOMMEND
US President Biden discusses situation in Afghanistan with his cabinet amid criticism
'US troops can't fight endlessly in other country’s civil war': Jill Biden on Afghanistan
Biden takes responsibility for decision on drawdown of military presence in Afghan: US NSA
US President Joe Biden to address world on Taliban capturing Afghanistan
China and Russia would have loved to see US stay back in Afghanistan: Joe Biden