In a letter to the Prez, US lawmakers on Monday urged the Biden administration to unfreeze Afghanistan’s central bank reserves in the amount of $9.4 billion. 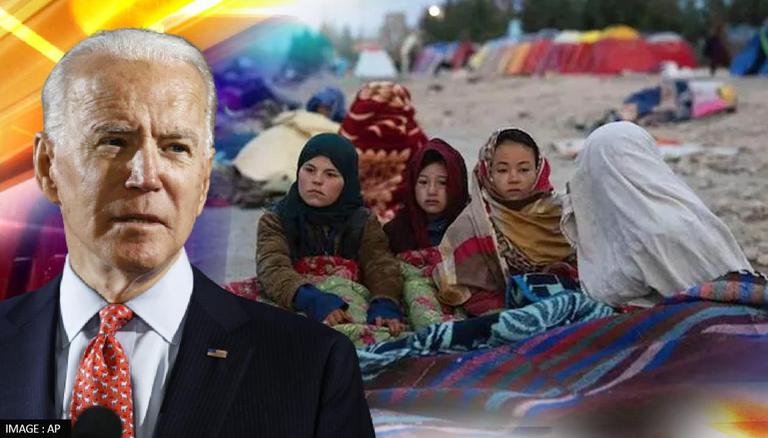 
In a letter to the President and Treasury Department, US lawmakers on Monday urged the Biden administration to unfreeze Afghanistan’s central bank reserves in the amount of $9.4 billion. According to Sputnik, the Democratic US House members in the letter said that they stand with American allies and humanitarian experts in urging the Biden administration to avoid harsh economic measures that will directly harm Afghan families and children.

"This means conscientiously but urgently modifying current US policy regarding the freeze of Afghanistan's foreign reserves and ongoing sanctions," the lawmakers said in the letter.

Further, the US lawmakers warned that the war-ravaged nation’s dwindling economy and humanitarian collapse threatens to trigger a new refugee crisis throughout the region. They said that the US’ decision to freeze Afghanistan’s central bank reserves is contributing to high inflation and the closing of commercial banks and vital private businesses. The Democrats added that the US freeze of reserves also led to more deaths in 2022 than were lost in the last 20 years of the war in the country.

Afghanistan's economy has been in free fall since the Taliban seized command of Kabul in mid-August. Most of the $9 billion in assets of the Afghan central bank is held in the US, and have been frozen. Moreover, the International Monetary Fund (IMF) has also suspended around $450 million, according to the Associated Press.

Now, amid outbreaks of disease and an escalating malnutrition crisis, international experts have warned that large parts of Afghanistan’s health system are on the brink of collapse. Earlier this month, UNICEF even launched humanitarian aid of $2billion for Afghanistan, where 13 million children require immediate help. The UN agency informed that one million children are suffering from severe acute malnutrition at a time when the health is on the point of collapsing.

US not releasing Afghanistan's assets for 3 reasons:

However, even with the international community calling for the US to unfreeze the assets, the White House had previously stated that the procedure would be complicated and further highlighted that the Taliban would not be allowed to access the funds. White House spokeswoman Jen Psaki gave three reasons for not releasing the funds. One of the reasons why the US is unable to release Afghanistan's frozen assets is because the kin of the September 11 victims have requested their funds be delivered to them, a request considered to be a significant one.

Another reason Psaki cited was that the United States continues to identify the Taliban as a terrorist organisation, and most officials of the Taliban are on the United Nations's blacklist. Indicating the third reason, she also stated that the US has yet to receive a clear explanation about how the money would be distributed to Afghans. Meanwhile, addressing the OIC briefing over the weekend, Afghan Taliban’s acting foreign minister Amir Khan Motaqi said the US must unfreeze billions of dollars of Afghanistan as the country desperately needs cash.