US Man Achieves Lifelong Dream Of Becoming A Physicist; Completes PhD At 89 From Brown Uni

Manfred Steiner, an 89-year-old man always wanted to study Physics and worked for twenty years in earning his PhD degree and becoming a physicist. 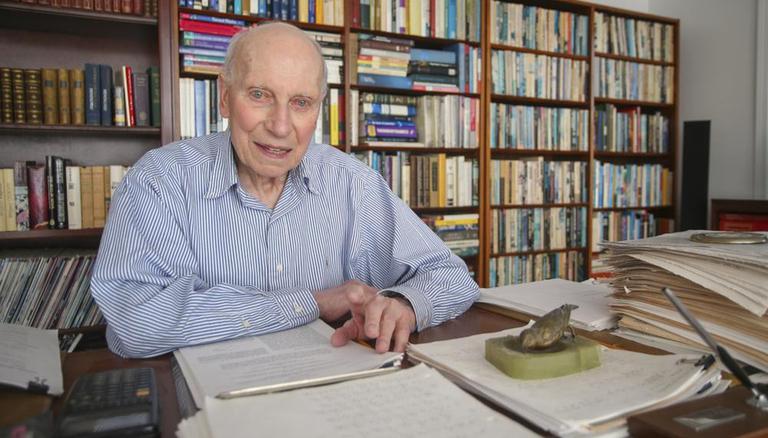 
An 89-year-old man from Rhode Island has achieved his goal of earning his PhD degree in Physics. Manfred Steiner always wanted to study Physics and worked for twenty years in earning his PhD and becoming a physicist, according to AP. Steiner submitted his dissertation at Brown University in Providence and achieved his goal after having more than 30 years of a medical career.

Steiner cherishes his degree as he always wanted to earn a PhD degree in Physics and despite the health problems, he worked for his goal and achieved it. He was inspired to become a physicist after reading about Albert Einstein and Max Planck and he used to adore the precision of physics, as per AP report. However, after World War II, his parents had suggested him to study medicine as it was a better option during that time. Manfred Steiner in the Brown University press release said, “It’s an old dream that starts in my childhood" and he always wanted to become a physicist.

Manfred Steiner said, “But I made it, and this was the most gratifying point in my life, to finish it”, as per AP

After earning a PhD degree, he has plans to continue working with his advisor, physics professor Brad Marston, to publish research-based on his dissertation, titled “Corrections to the Geometrical Interpretation of Bosonization,” as per the Brown University press release. The 89-year old man from Rhode Island earned his medical degree from the University of Vienna in 1955 and shifted to the United States. Furthermore, Steiner studied hematology at Tufts University and biochemistry at the Massachusetts Institute of Technology prior to becoming a hematologist at Brown University. He became a professor and was leading the hematology section of the medical department at Brown University between 1985 to 1994. He also helped in a research program in hematology at the University of Carolina. Steiner retired from his medical career in 2000 and has now moved to Rhode Island.