US May Strike Afghanistan To Destroy Weapons, Military Bases In Taliban's Control: Report

The US is planning airstrikes on Afghanistan to destroy essential military equipment left behind by its troops, that are now in the possession of the Taliban 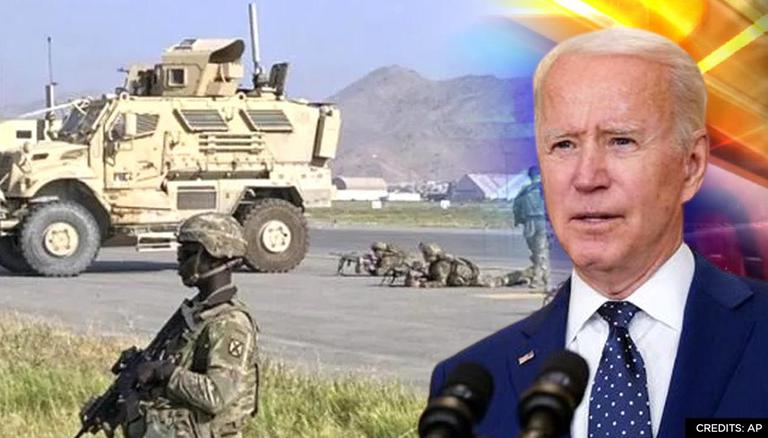 
The United States is planning airstrikes on Afghanistan to destroy essential military equipment left behind by its troops, that are now in the possession of the Taliban. According to Fox News, the Joe Biden administration is reviewing attacks on US-made equipment, similar to the strategy suggested by former US President Donald Trump who claimed that America should evacuate its citizens & equipment following which the military bases should be bombed and the US troops evacuated thereafter. These also include American armament, military vehicles, anti-aircraft guns, and other defense equipment given to the former Afghanistan governments.

The Taliban, which was defeated 20 years ago following the US invasion, has managed to reconquer Afghanistan after carrying out a bloody offensive against the country's military forces. As the US begins to hastily pull troops from the war-stricken country, their arms have now fallen into the Taliban’s possession, strengthening the militants. In a bid to control the damage, the United States is now planning to destroy all its weaponry left in Afghanistan.

Earlier on Sunday, just hours after the Taliban closed in on Kabul, heading for a takeover of the Afghan Capital, they got hold of the US weaponry, USD bundles, and military equipment as they tore through the panic-stricken province. As per reports, the Taliban has also seized dozens of anti-aircraft guns, armoured tanks, artillery, and ammunition.

READ | Trump tells Biden he should have evacuated US people & equipment, then bombed Afghan bases

READ | China attempts to whitewash Taliban image, hits out at US for 'humiliating' Afghanistan

"We don't have a complete picture, obviously, of where every article of defense materials has gone but certainly, a fair amount of it has fallen into the hands of the Taliban, and obviously, we don't have a sense that they are going to readily hand it over to us at the airport," he had added.

The Taliban has seized power in Afghanistan as it swept into capital Kabul on Sunday after President Ashraf Ghani fled the country. The Biden administration has faced sharp criticism for the timing and direction of the Afghanistan withdrawal after the Taliban came to power more quickly than administration officials predicted. The swift takeover by the Taliban prompted scenes of chaos and violence as thousands of Afghans and Americans sought to flee the country.