“US Air Force C-17 landed at Baldonnel at 0850 on technicality stop en-route to the UK as part of a crew training mission,” Irish Air Corps said in a statement. 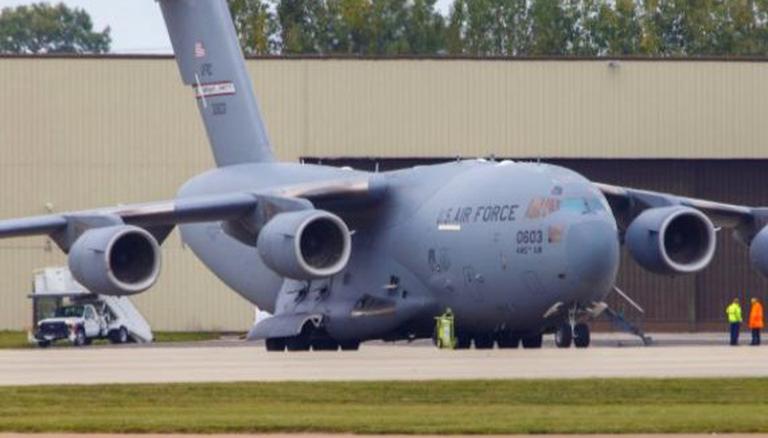 
A  US Air Force cargo plane made an unexpected landing at the Irish Air Corps airfield this morning at 0850 due to a technical snag. The USAF C17 Globemaster was en-route to the UK as part of a crew training mission but had to make a stop at Casement Aerodrome military airbase in Baldonnel shortly after flying over Galway, the Midlands, and South Dublin. The air traffic controllers approved the emergency landing for the US military aircraft after the Irish Air Corps gained knowledge of the Eagle-eye aircraft’s technical glitch.

“The United States Air Force C-17 landed at Baldonnel at 0850 on a technicality stop en-route to the UK as part of a crew training mission,” the Irish Air Corps said in a statement.

The US military aircraft left the airbase in Washington State on the North West coast and made a brief stop at an Air National Guard base in Bangor, Maine. It then travelled across the Atlantic before arriving in the Irish airspace. The United States Military uses the C17 globe master as a heavy-lift cargo aircraft and it was recorded on flight trackers descending off the west coast in the direction of Shannon. 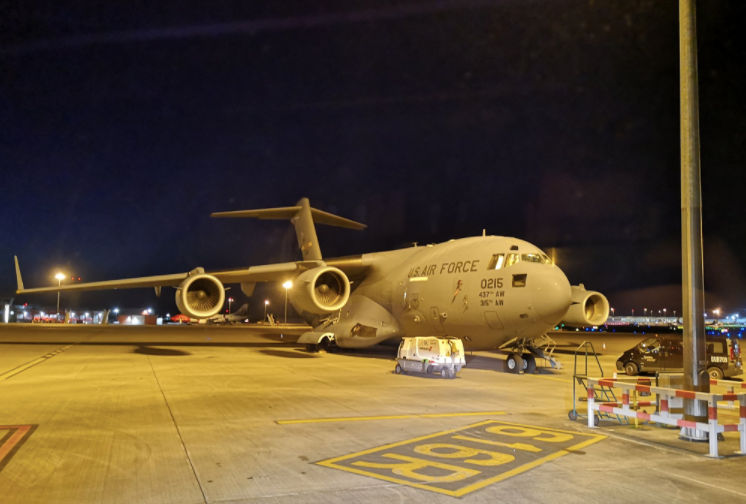 The US military plane descended 6,000ft and flew along the Cliffs of Moher, through Galway Bay. It was then told by Irish ATC to fly toward a northern route to Roscommon, Longford, and then over Mullingar and into Baldonnel. Reportedly, one of the cockpit pilots was originally from Longford and used callsign ‘SLAM69’. The C17 flew out of Dublin’s aerospace at 11.50 am heading into the north towards Prestwick in Scotland.

This would be the second landing by a US army plane in Eire, as only last week, US Navy Seahawk entered Irish airspace over County Clare as it ferried personnel from US Navy destroyer off the West Coast for them to catch a commercial flight. The US Army helicopter, call sign Navy 715, entered Cliffs of Moher seeking clearance to enter Irish Airspace from an air traffic controller in Shannon to bring US Navy personnel to an airport, US embassy and Irish Air Corps said in a statement.

WE RECOMMEND
US condemns Erdogan's remarks against Jews, says 'anti-Semitic language has no place'
US Democratic lawmakers urge Facebook to abandon its plans to launch 'Instagram for kids'
US House passes 'COVID–19 Hate Crimes' bill in view of anti-Asian hate crimes
'Israel has not asked for US military support in Gaza Operation': Defense Department
US Senator calls for investigation into UFO sightings, cites 'counterintelligence threat'