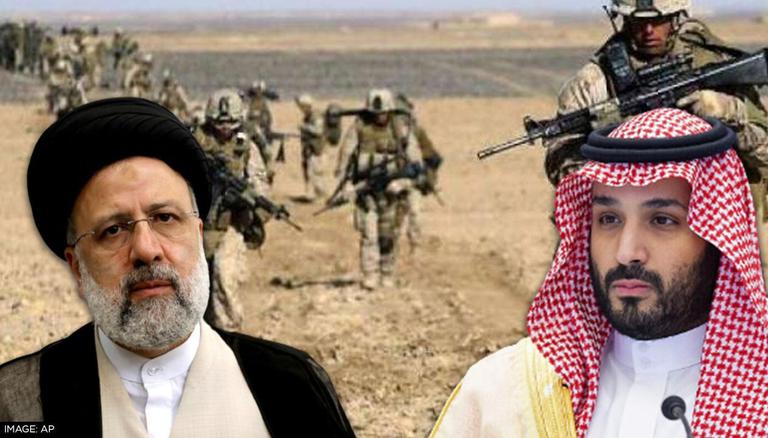 
US military and intelligence officials have been in touch with Saudi Arabia over intelligence that the Iranian regime may be planning potential attacks in the region, US officials told American broadcasters on Wednesday. “We will not hesitate to act in the defense of our interests and partners in the region," a spokesperson for the White House’s National Security Council warned. “We are concerned about the threat picture and we remain in constant contact through military and intelligence channels with the Saudis,” he added.

A report in the Wall Street Journal claimed that the US military forces have been on high alert after Saudi Arabia shared intelligence claiming that there may be an imminent attack from Iran at the Kingdom and Iraq's Kurdistan region. White House, in a statement, acknowledged the report, but Pentagon mainly did not reveal more details about the nature of the alleged Iranian threat or more information.

“I can say that we do remain concerned about the threat situation in that region. We’re in regular contact with our Saudi partners,” Ryder said. “We will reserve the right to protect and defend ourselves no matter where our forces are serving, whether in Iraq or elsewhere.”

US, Saudi Arabia on high alert

US National Security Council earlier on Wednesday asserted that while it is concerned about the looming threat, it will actively respond in defense if the attack happens.  “We are concerned about the threat picture, and we remain in constant contact through military and intelligence channels with the Saudis. We will not hesitate to act in the defense of our interests and partners in the region,” the government agency said in a statement. One of the three unnamed US officials who confirmed that the intel was exchanged, said that the imminent attack could occur “soon or within 48 hours.” While no US consulates in the Middle East have issued responses or guidelines yet, both the US and Saudi Arabia remain on high alert. Pentagon press secretary Ryder revealed that officials of the US military  “are concerned about the threat situation in the region.” The warning comes as the United States continues to condemn Iran for its involvement in two of the world’s biggest crises at the moment- the crackdown on anti-hijab protesters