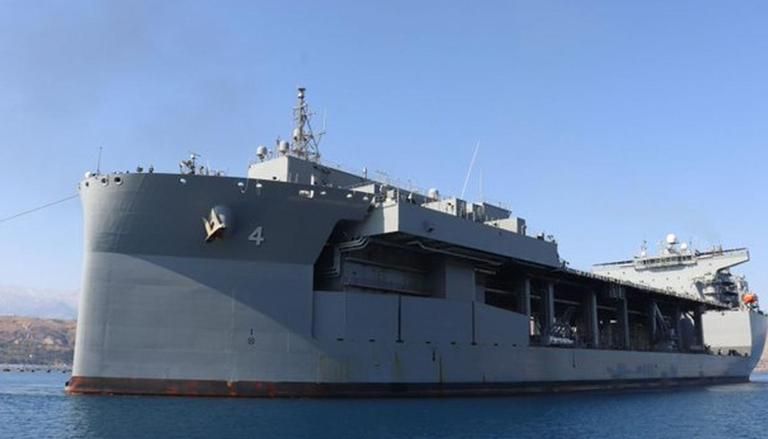 
The USS Hershel Woody Williams, the first ship permanently committed to Africa, landed in Nigeria's Lagos commercial metropolis on Saturday as part of the US government's support for the Gulf of Guinea's fight against piracy. Claire Pierangelo, the United States Consul General in Lagos, told Bloomberg on Saturday that ship visiting here plainly illustrate the United States' sustained commitment to their Gulf of Guinea allies as they strive for the security of their resources, economies, and people.

According to Pierangelo, West Africa loses roughly 800,000 tonnes of fish per year, worth over $2 billion in gross revenue, due to illicit actions by both foreign and domestic vessels. This depletes the region's seafood protein supply. Nigerian seas lie at the heart of the Gulf of Guinea, a wide area of the Atlantic Ocean that stretches from Senegal to Angola and is the world's most perilous region for sailors, responsible for nearly all kidnappings at sea in recent years.

Captain Chad Graham of Hershel "Woody" Williams said that they are here to train and collaborate with the Nigerian Navy on anti-piracy, tactics, techniques, and procedures. The naval coast guard transfers dubbed NNS Okpabana and NNS Thunder are part of the $559 million in US investments and donations to the Nigerian military. The COVID-19 pandemic and limitations resulted in a spike in piracy, which has now subsided and is anticipated to subside as economies improve, according to Graham.

Training with our partners is what we do!

The geographical aspect of the Gulf of Guinea

From Cape Lopez in Gabon north and west to Cape Palmas in Liberia, the Gulf of Guinea is the most northeastern section of the tropical Atlantic Ocean. In the gulf, the Equator and the Prime Meridian meet. The Niger and the Volta are two of the many rivers that flow into the Gulf of Guinea. The Bight of Benin and the Bight of Bonny are two of the gulf's coastlines. The Gulf of Guinea is home to several islands, the largest of which are part of the Cameroon line of volcanoes and form a southwest-northeast chain. Annobón is a small island in Equatorial Guinea that is also known as Pagalu or Pigalu. Bobowasi Island is a Ghanaian island located off the west coast of Africa in the Gulf of Guinea.