A US Navy nuclear engineer and his wife were arrested on espionage charges after they allegedly attempted to sell secrets about submarines to 'foreign' entity. 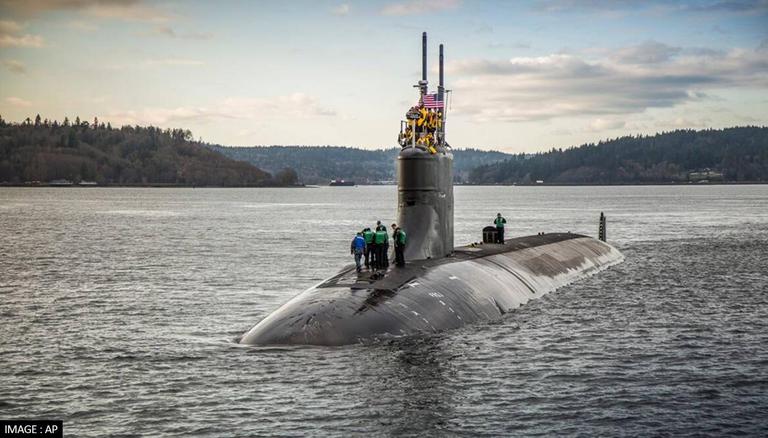 
A US Navy nuclear engineer and his wife on Saturday, October 9, were arrested on espionage charges after allegedly attempting to sell secrets about submarines to a foreign entity. According to AP, the US Department of Justice (DoJ) said that Jonathan Toebbe, who had access to military secrets, has been charged with trying to pass information about the design of American nuclear-powered submarines to someone he thought was a representative of a foreign government but turned out to be an undercover FBI agent.

The DoJ said that Toebbe sold information for nearly a year to a contact that he believed represented a foreign power. The 42-year-old was arrested in West Virginia with his wife Diana Toebbe. The couple has been charged with violating the Atomic Energy Act.

FBI poses as agents to thwart the plot

Investigators revealed that Toebbe’s scheme began in April 2020 when he sent a package of navy documents to a foreign government. The Navy officer said that he was interested in selling operation manuals, performance reports and other sensitive information. Officials also said that Tobebbe provided instructions on how to conduct the furtive relationship.

The following week, the FBI agents watched as the Navy officer arrived at an agreed-upon location for exchange, along with his wife, who appeared to serve as a cover for her husband during the operation.

The FBI recovered the package Toebbe had left behind. Authorities said that they found a blue SD card wrapped in plastic and placed between two slices of bread in a peanut butter sandwich. They further revealed that the data card contained militarily sensitive design elements, operating parameters, and performance characteristics of Virginia-class submarine reactors.

In another “dead drop” in August, Toebbe again left behind an SD card. This time, Toebbe was paid $70,000 in cryptocurrency following which the FBI received a decryption key for the card. The investigators said that the memory card contained restricted data related to submarine nuclear reactors.

The Toebbes were arrested on Saturday after the Navy officer allegedly placed yet another data card at a pre-arranged “dead drop”. Now, the couple has been charged with violations of the Atomic Energy Act, which restricts the disclosure of information related to atomic weapons or nuclear materials. They are expected to have their initial court appearances on Tuesday in West Virginia.