The US defence officials stated that almost two dozen sailors on a US Navy warship, nearly 25% of the crew, have now been tested positive for COVID-19. 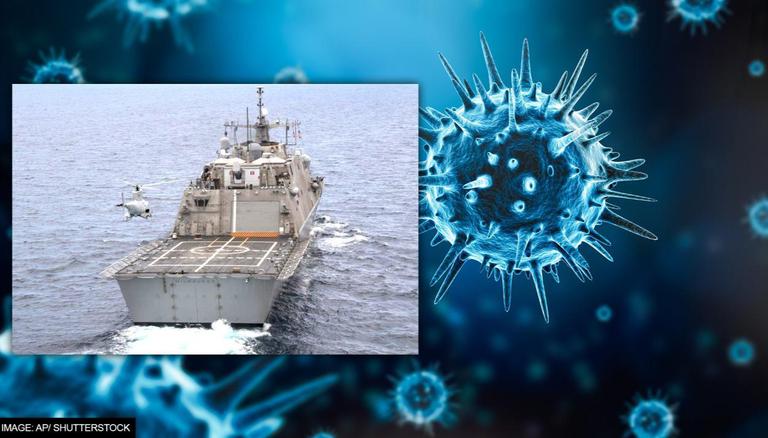 
The US defence officials stated that almost two dozen sailors on a US Navy warship, nearly 25% of the crew, have now tested positive for COVID-19. This had led the ship to be stationed at Naval Station Guantanamo Bay in Cuba. The USS Milwaukee, which has a crew of about 100 people, was forced to halt its deployment late last week due to the coronavirus outbreak. The number of affected sailors is holding pretty consistent at this stage, according to defence officials who spoke to the Associated Press (AP) on the condition of anonymity.

The USS Milwaukee, a smaller, stealthy combat ship, is the first Navy ship that had to cancel its deployment at sea this year.  It had started its mission on December 14 from Naval Station Mayport in Jacksonville, Florida, and had halted for a scheduled port visit. The ship was en route to the Southern Command region of the United States. Meanwhile, a separate outbreak forced another vessel to postpone its departure to sea earlier this month. The USS Halsey, a destroyer, had to delay its homeport shift from Pearl Harbor, Hawaii, to San Diego, according to Navy Commander Sean Robertson, a spokesperson for the 3rd Fleet. On Sunday, the ship was finally able to depart Hawaii. The relocation is not a deployment, but rather a crew transfer to a new home station.

According to a Navy officer, about one-third of the Halsey crew tested positive for the virus, with the majority experiencing relatively minor symptoms. A destroyer usually has at least 300 members on board. According to Robertson, the crew members were completely vaccinated and no one was needed to be taken to the hospital. He further informed that some of the samples were analysed and that they all tested positive for the Omicron variant, reported AP. On Friday, December 24, the Navy released a statement saying that the crew of the USS Milwaukee was "100% inoculated" and that anyone who tested positive for COVID-19 was immediately isolated from the rest of the crew members.

It is pertinent to mention here that the first huge military outbreak of the virus occurred on the USS Theodore Roosevelt, an aircraft carrier operating in the Pacific, early last year. More than 1,000 of the 4,800 crew members had tested positive which had forced the Roosevelt to be grounded in Guam for nearly two months. According to AP, one sailor had lost his life, and the whole crew was quarantined for weeks in a rotation system that kept enough sailors on board to keep the ship safe and operational. More than 98% of all active-duty sailors have been completely vaccinated, according to the US Navy's latest data.