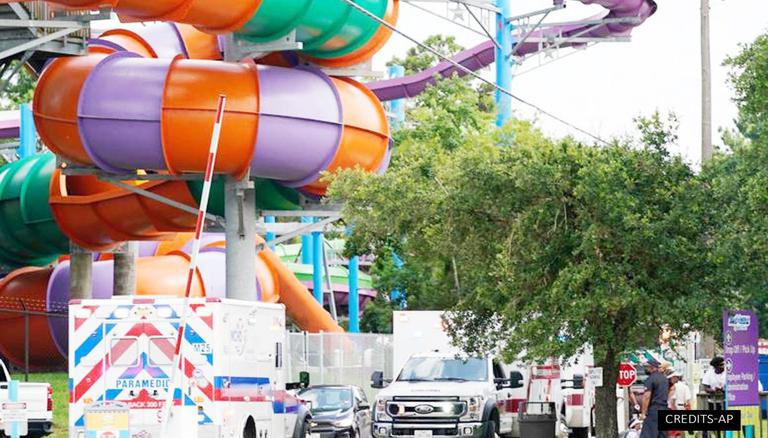 
Numerous people suffered from mild skin irritation and breathing difficulties after a chemical spill at the Houston water park on Saturday. According to the Harris County Fire Marshal's Office, 29 individuals were rushed to nearby hospitals after the incident. After undergoing decontamination procedures, 39 others were declined to be transferred to a hospital. According to KPRC-TV, children also became ill, including a 3-year-old who was hospitalized in a stable condition. The chemicals involved included hypochlorite solution and 35% sulphuric acid, officials stated.

“The safety of our guests and team member is always our highest priority and the park was immediately cleared as we try to determine a cause,” Rosie Shepard, spokesperson for Hurricane Harbor Splashtown, told news outlets in a statement. “Out of an abundance of caution, the park has been closed for the day.” Authorities are investigating the cause of the incident, which they said was contained to one attraction at the park.

Grateful for the swift action from first responders today at Splashtown. In all, 60+ people suffered respiratory issues and around 30 were transferred to the hospital. We’ve issued a closure order to investigate and ensure the park meets all requirements before reopening again. pic.twitter.com/2QWQOgtk37

At least four dead at a country music event

On Saturday, July 17, Michigan authorities confirmed that at least four people died from carbon monoxide poisoning while attending a weekend country music event. The men were trapped inside a travel trailer and ultimately died. The same exposure had left two other men in critical condition at a hospital, according to the Lenawee County sheriff's office. They were all in their early twenties. An unnamed person called 911 at about 1.30 p.m. during the Faster Horses Festival at Michigan International Speedway, 80 miles (128.7 kilometers) west of Detroit, after not hearing back from his friends. They were camping at a campground in Woodstock Township, just outside the event grounds.