US: Oregon Cops Seize 250 Tons Of Illicit Marijuana Worth $500mn In Industrial Warehouses

Police in Oregon said that they have seized 250 tons of illegal marijuana from several industrial warehouses in White City. They arrested at least 100 people. 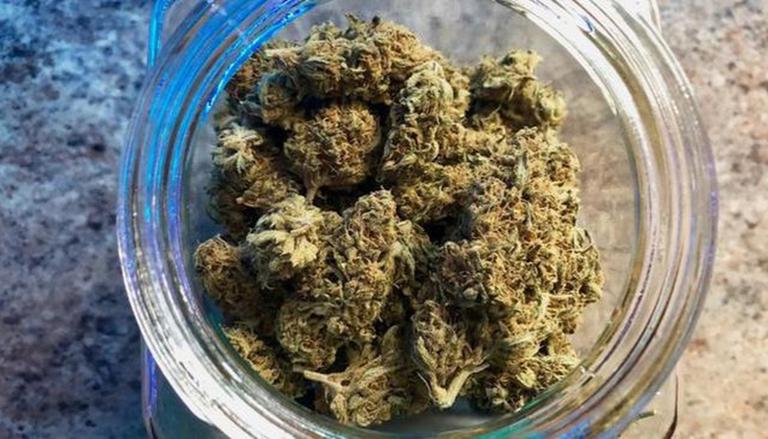 
Security of the US state of Oregon seized nearly 250 tons of illegal marijuana from several industrial warehouses in White City in the past two days. According to a statement released by the Oregon State Police, the Southwest Region Drug Enforcement team served a search warrant at a site that included five warehouses, on Thursday. It said that more than 100 individuals were initially detained, identified, interviewed, and then released. It said that those who were detained were migrant workers living on-site in subpar living conditions and with no water. According to the Police, all these workers have a massive amount of illegal, processed marijuana. According to the analysis of the drug enforcement team, approximately 500,000 pounds of cannabis was found during the two-day search operation.

The enforcement team said that marijuana had an expected street value of around $500 million. As per the region's lawmaker, the crime rate associated with thousands of illegal marijuana farms that have sprung up this year in southern Oregon has gone through the roof. "We’ve had stabbings, robberies, thefts, burglaries, homicides, sex crimes, motor vehicle accidents, DUIs, all related to the influx of the marijuana-cannabis industry in our in our valley," Jackson County Sheriff Nathan Sickler told the Associated Press. "It is certainly an issue we deal with on a daily basis here."

Meanwhile, the State Police said that it is a very involved investigation and will be ongoing for several weeks. OSP will be releasing more information when available. "The OSP SWR DES team was assisted by the Josephine Marijuana Enforcement Team (JMET) of Josephine County, the Drug Enforcement Administration (DEA) Medford Office, the Basin Interagency Narcotics Team (BINET) of Klamath County, the Illegal Marijuana Enforcement Team (IMET) of the Medford Police Department-Jackson County Sheriff’s Office and Jackson County Fire District No. 3," read the release of the Oregon State Police.

Earlier in August this year, the US Coast Guard offloaded approximately 59,700 pounds of cocaine and 1,430 pounds of marijuana worth more than $1.4 billion at Port Everglades. According to the officials, it was the largest offload in Coast Guard history. Vice Admiral Steven Poulin, commander of the Coast Guard Atlantic Area, said that major consignments were seized with the collaborations of the Canadian government, Canadian Defence Forces and the Netherlands. The maritime security said that it recovered at least 27 interdictions of suspected drug smuggling vessels by 10 American, Dutch and Canadian ships. Earlier in July this year, 16 tons of marijuana worth an estimated $1.19 billion was seized by the authorities in Southern California. Similarly, more than $1 billion worth of cocaine was seized from a cargo ship docked at the Packer Marine Terminal at the Philadelphia Port in 2019. According to the US Attorney's Office, it was the largest cocaine bust in history in the Eastern District of Pennsylvania at the time of seizure.