"I'll let others evaluate whether they think Kellyanne Conway and Sean Spicer and others were qualified, or not political, to serve on these boards," Psaki said 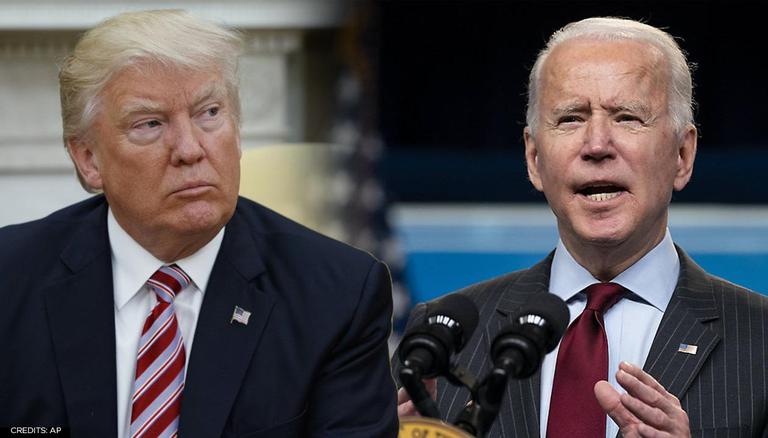 
In a move that caused an uproar, the Biden administration has asked the prominent members of Trump's cabinet appointed to the military service academy advisory boards to immediately resign or they would be fired. At least  11 high profile officials designated to their positions by the former US President Donald Trump will be shortly dismissed, a source familiar with the development told CNN's KFile first. Among the members that are expected to exit the military boards in days to come are White House press secretary Sean Spicer, former senior counselor to President Kellyanne Conway, and former national security adviser H.R. McMaster appointed to the US Naval Academy, Air Force Academy, and West Point, respectively.

The list also includes former White House liaison to the Justice Department, Heidi Stirrup, who was banned from entering the building over trying to access sensitive information that had possible links to the alleged election fraud in December 2020. It also named retired Col. Douglas Macgregor, a former ambassador pick and Pentagon official renowned for his controversial remarks. The two were appointed at Air Force Academy and West Point by ex-US president Donald Trump.

Today, all previously appointed Presidential appointees to the West Point Board of Visitors were asked to resign or be terminated by end of day. My response to that request is below: pic.twitter.com/k7u3cRkwyO

At a White House press briefing held on Wednesday afternoon, Biden’s press secretary Jen Psaki confirmed the reports, stating that the US commander-in-chief’s objective is what any president's objective is, and that is to have the qualified people for the nominees. “People serving on these boards should be qualified to serve on them and aligned with your values. And so yes, that was an ask that was made," Psaki told reporters at White House.

READ | 'You leave Americans behind!' Biden heckled by angry public over Afghanistan pullout in NJ

"I will let others evaluate whether they think Kellyanne Conway and Sean Spicer and others were qualified, or not political, to serve on these boards, but the President's qualification requirements are not your party registration, they are whether you're qualified to serve and whether you're aligned with the values of this administration,” White House press secretary Jen Psaki on Sept.8 stressed.

Other appointees that will be asked by the Biden administration to leave include Michael Wynne, who was appointed to the board of the Air Force Academy; retired Gen. John Keane, Meaghan Mobbs, and David Urban appointed to the board of West Point; and John Coale and Russell Vought, Trump's former director of the Office of Management and Budget, appointed to the Naval Academy's board, sources told CNN on condition of anonymity.  US Air Force Academy website describes the military academy advisory boards as the body that oversees the "morale, discipline, social climate, curriculum, instruction, physical equipment, fiscal affairs, academic methods, and other matters" with respect to all the military academies across the US.