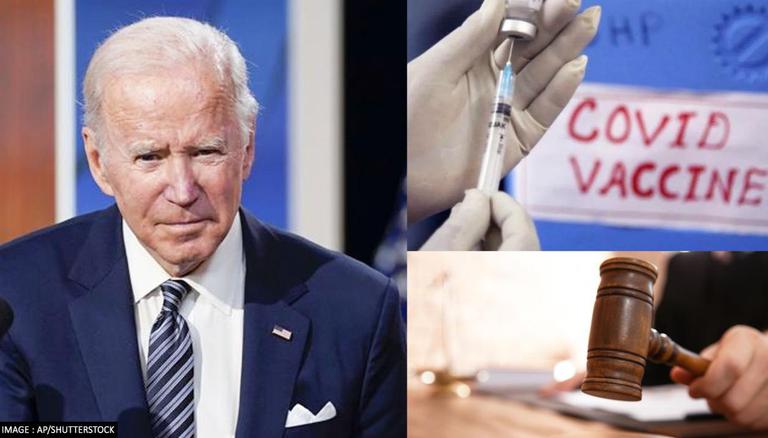 
US President Joe Biden expressed his "disappointment" after the country's apex court halted his administration's biggest drive to increase the nation's COVID-19 vaccination rate. The vaccine mandate required employees at large businesses either to get a jab or test on a regular basis and also wear a mask on the job. President Biden voiced his concern that the Supreme Court chose to overturn common-sense life-saving rules for large-businesses employees, which were based on both science and the law, the Associated Press (AP) reported.

Biden called on businesses to implement their own immunisation policies, pointing out that a third of Fortune 100 companies have already done so. Meanwhile, the court has allowed the administration to proceed with a vaccine mandate for the majority of US healthcare workers.

The court's directives were issued on Thursday, January 13, in the midst of a surge in COVID-19 cases fueled by the Omicron variant.

Regulation would have saved 6,500 lives over the course of six months: OSHA

The conservative majority of the court found that the administration overstepped its power by attempting to impose the Occupational Safety and Health Administration's (OSHA) vaccine-or-test mandate on US enterprises with more than 100 employees. Over 80 million individuals would have been affected, with OSHA estimating that the regulation would save 6,500 lives and 250,000 hospitalizations over the course of six months. "OSHA has never before enforced such a mandate. Nor has Congress. Indeed, although Congress has enacted significant legislation addressing the COVID–19 pandemic, it has declined to enact any measure similar to what OSHA has promulgated here," the conservatives stated as per the AP.

Over 62.7% of the population fully vaccinated in US

A federal appeals court in New Orleans had first blocked the OSHA regulation, but a federal appellate panel in Cincinnati had given it the green signal to take effect. Meanwhile, Republican-led states had challenged both rules. Furthermore, business groups opposed the OSHA emergency regulation dubbing it excessively costly that could drive workers away at a time when hiring new staff is already tough. According to the federal Centers for Disease Control and Prevention, more than 62.7% of the population in the country are completely vaccinated, with more than a third of those having received booster shots.

WE RECOMMEND
US: Biden acknowledges 'more work to do with price increase' as inflation soars 7% in 2021
Rupee falls 19 paise to 74.09 against US dollar in early trade
US: Joe Biden says unvaccinated federal employees must test for COVID weekly from Feb 15
Supreme Court halts COVID-19 vaccine rule for US businesses
US: WH stepping up criticism of Trump as Biden admn gears up for end of Iran nuke talks