A classified US intelligence report on the origin of coronavirus delivered to the White House on Tuesday was inconclusive, according to Washington Post. 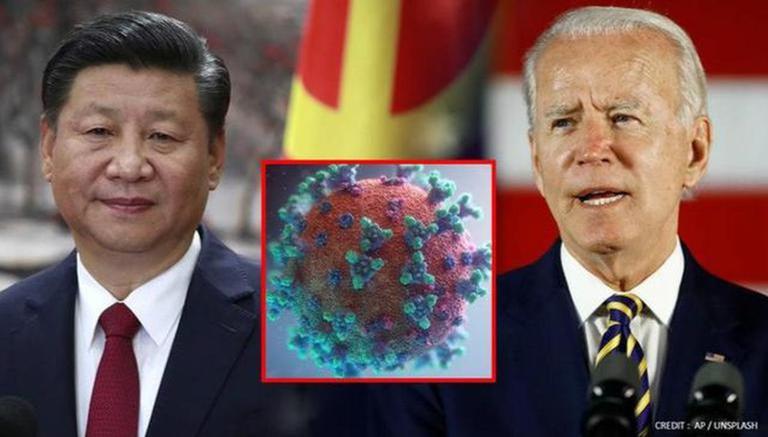 
A classified US intelligence report on the origin of coronavirus came out to be inconclusive, in part due to China’s blockage on foreign probes including that of the WHO, a report by Washington Post stated. Earlier in May, Biden had ordered an independent investigation into virus origins, partially dismissing lab leak claims of his predecessor. But 90 days later, the officials failed to derive a definitive conclusion on whether the pathogen jumped from bats to humans or whether experts synthetically manufactured it at a laboratory.

Since its outbreak in 2019, the COVID has put the globe on a hiatus while infecting over four million people. The debate over its origin has become more contentious, especially after Beijing’s foisted stringent restrictions on WHO experts and dismissed calls for a renewed probe. Linguistic barriers are an additional obstacle and prompted the White house to hunt experts fluent in Mandarin. It is imperative to note that the probe faced many challenges including over 22,000 virus samples that went missing from the internet.

While Wuhan lab leak theory has not gained much support from the scientific community, a similar and opposite theory that COVID originated at a lab in Maryland has caught eyeballs in China. Buttressing its stance, Beijing urged the WHO to visit the US military biolab, Fort Detrick.

Speaking at a press conference, Fu Cong, head of the foreign ministry's arms control department, warned that any action by Washington would be met with equal retaliation. “If (the US) want to baselessly accuse China, they better be prepared to accept a counter-attack from China. If the US thinks China is guilty, they need to come up with evidence to prove that China is guilty. You don't blame a victim for not providing information to incriminate himself,’ he said.

Despite initial success, Beijing is reeling with a resurgence in caseload. With the increasing number of COVID-19 cases in the country during the middle of July, the Chinese government doubled the speed of testing. Local authorities kept checking every person to ensure that not even a single person carried the infection. As a result, over 100 million tests were done in the last month.

Moreover, proper isolation of COVID-positive patients also played a vital role. The capital, Beijing, was sealed off from other places, resulting in an absolute ban on trains, flights, and roads, which also helped bring down the number of COVID-19 cases in the country.