The United States President Joe Biden will be hosting Iraqi Prime Minister Mustafa al-Kadhemi at White House on July 26, the White House said in a statement. 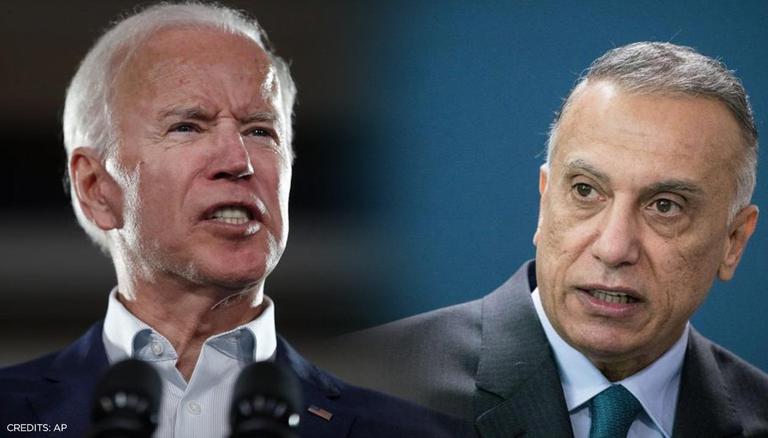 
The United States President Joe Biden will be hosting Iraqi Prime Minister Mustafa al-Kadhemi at the White House on July 26. The meeting will "highlight the strategic partnership between the United States and Iraq," the White House Spokesperson Jen Psaki said in a statement. Psaki in the statement said that President Biden looks forward to strengthening bilateral cooperation with Iraq.

The talks will be focussed on the shared interest of the two nations that include education, health, cultural, energy, and climate initiatives and political, economic and security issues.

The two leaders will also discuss joint efforts to ensure the enduring defeat of ISIS.

The meeting scheduled on July 26 comes amid the growing concern about the frequent attacks against American troops in Iraq and Syria. Since Biden took office as US President in January, at least eight drone attacks and 17 rocket attacks targeting the US presence have been reported, according to AP. The attacks on US troops have been blamed on the Iran-backed militia groups. The US carried out airstrikes against Iran-backed militia in Iraq and Syria, in response to drone attacks against US personnel and facilities in Iraq. It is worth mentioning that the relationship between the two countries has been complicated since last year the US drone strike killing of Iranian general Qasem Soleimani and senior Iraqi militia commander Abu Mahdi al-Muhandis at Baghdad International Airport. But, after the US government sought the revival of the nuclear accord with Iran, Iran is looking to curb the militia attacks on the US.