“American people, US service members, our allies and partners around the world, and Afghans who bravely helped us deserve this transparency," SASC member said. 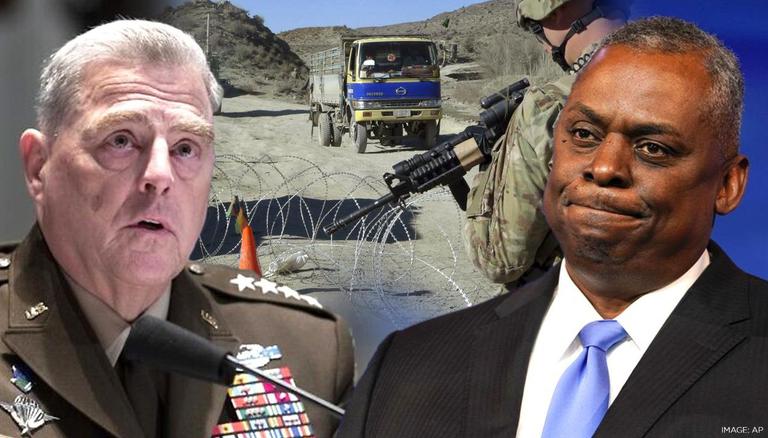 
For the first in the history of the United States, top military officials in charge of the Biden administration’s Afghanistan withdrawal are set to testify publicly before the Senate Committee on Armed Services [SASC], explaining the disorderly and chaotic Kabul exit, and the drone strike that killed at least 10 civilians. Secretary of Defense Lloyd Austin, Chairman of the Joint Chiefs of Staff Gen. Mark Milley, and US Central Command Commander Gen. Kenneth McKenzie will appear in front of the lawmakers and House Armed Services Committee members to unravel the events up until the US military’s concluding days of the frantic airlifts.

“It is the duty of Congress—and the Senate Armed Services Committee in particular—to hold hearings to learn lessons from the situation in Afghanistan and ensure accountability at the highest levels,” SASC Chairman Reed (D-RI) said in the press statement.

The trio will also testify what led to the ISSI-K bomb explosion that sustained US Marine casualties, as troops pulled out ending nearly 20 long-year of military presence in Afghanistan. Chairman of the Senate Armed Services Committee, Senator Jack Reed (D-RI), said: “Although we have completed the withdrawal of American military personnel and over 100,000 civilians from Afghanistan, I remain deeply concerned about the events that accompanied our withdrawal, and ongoing humanitarian crisis.”

Ranking Member of the Senate Armed Services Committee, Jim Inhofe (R-OK), added: “I’m grateful to Chairman Reed for prioritizing these critical oversight hearings on Afghanistan — the first of what I will expect to be many hearings and briefings to review and determine what happened, who should be held accountable, and how we move forward.”

“American people, US service members, our allies and partners around the world, and the Afghans who bravely helped us deserve this transparency and accountability,” Inhofe said.

To be grilled on withdrawal, about a plan of action for counter-terrorism operations

Since Washington’s Kabul mission winded down on August 31 deadline, there have been mounting criticism, and bipartisan hits against the United States military in the manner troops exited the Afghan soil. The US-led drone attack on a White Sedan motor vehicle operated by California based non-profit that killed seven children in Kabul, among others, came under the scanner. US Army’s Chair of the Joint Chiefs of Staff, Gen. Mark Milley had called it a “righteous strike,” adding that it catered to the mission as the car contained ISIS explosives and suicide vests, but the military’s preliminary analysis and the evidence collected by investigative journalism teams from the courtyard narrated a different story to the Hellfire missile’s impact.

The three top military officials will now face questions as they will be grilled to explain the withdrawal as well as the Biden administration's plan of action to execute the counter-terrorism operations. Austin, Milley, and McKenzie have been central to US commander-in-chief Joe Bien’s Afghanistan policies and his exit strategy. They will deliver the testimony just a day after they testify first before the Senate Armed Services Committee [SASC], reports confirm. Milley might also be asked to explain about new reporting in “Peril” related to his “secret phone calls to China” that stoked condemnation from veteran US service members, and a slew of lawmakers.