US Says Haven't Made Determination On CAATSA Waiver For India, Will Continue Discussions

State Department Spokesperson Ned Price stated that with respect to Indian arms dealings with Russia, the US has not made a judgment on the prospective waiver 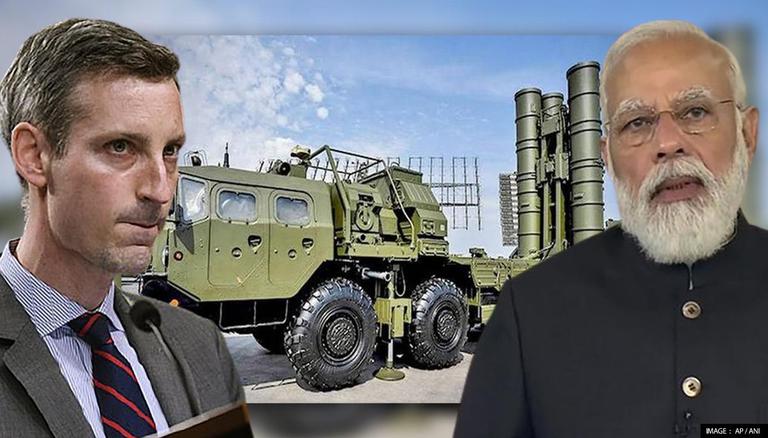 
The United States informed on Tuesday, 23 November that it has not yet made a decision on a possible waiver of CAATSA (Countering America's Adversaries Through Sanctions) sanctions for India's purchase of the S400 missile defense system. Washington will further continue to speak with New Delhi about arms dealings with Russia. During the US Department of State’s press briefing, State Department Spokesperson Ned Price when asked about the sanction waiver for India asserted, “We have urged all of our allies and all of our partners to forego transactions with Russia that may risk triggering sanctions under CAATSA.” He went on to say that with respect to Indian arms dealings with Russia, the US has not made a judgment on the prospective waiver and added, CAATSA, on the other hand, lacks a country-specific waiver option.

These remarks came after Russia started delivering the S400 Triumf surface-to-air missile system to India, as part of a USD 5 billion deal inked by the Narendra Modi government. It is worth noting that in reaction to Russia's invasion of Crimea in 2014 and suspected intervention in the 2016 US presidential elections, the CAATSA allows the US to impose sanctions on nations that buy large defense equipment from Moscow.

'We value our strategic partnership with India': Ned Price

In this regard, Ned Price further stated that the US-India defense partnership has greatly grown and strengthened in recent years. He said, "We expect this strong momentum in our defense relationship to continue. We value our strategic partnership with India," as per the press briefing. He even noted that the members of Congress in the United States are very interested in the continuing talks with India.

Referring to the continuation of the discussion, Price described that the conversations between the nations take place in the framework of defense cooperation, which is vital to both the US and India, as well as the context of a free and open Indo-Pacific. Furthermore, Price highlighted during the press briefing that the US officials had conducted many meetings with Foreign Minister Jaishankar and have raised this issue directly with the Indian government.

Meanwhile, Alexander Mikheev, director-general of Russian state weapons exporter Rosoboronexport stated earlier this month that the first unit of Russia's anti-aircraft missile system air defense (PRO) S-400 will be supplied to India by the end of this year. Russian news outlet Sputnik even reported Mikheev as stating that the delivery has begun ahead of time.

WE RECOMMEND
US mulls over weapon deployment in Ukraine amid rumours of potential Russian attack
US: Suspect in Waukesha Parade crash to appear in court; will face homicide charges
US: VP Harris announces $1.5 billion healthcare investment for marginalised communities
US diplomat in El Salvador critical of govt, says it ‘shows no interest’ to improve ties
US announces fresh sanctions over Nord Stream 2 pipeline to keep up pressure on Russia