US: Scientists Discover Skeleton Of Juvenile Dinosaur In Missouri

Guy Darrough, a paleontologist made the discovery of a juvenile skeleton of a Parrosaurus missouriensis in an undisclosed location, reported Fox2Now News. 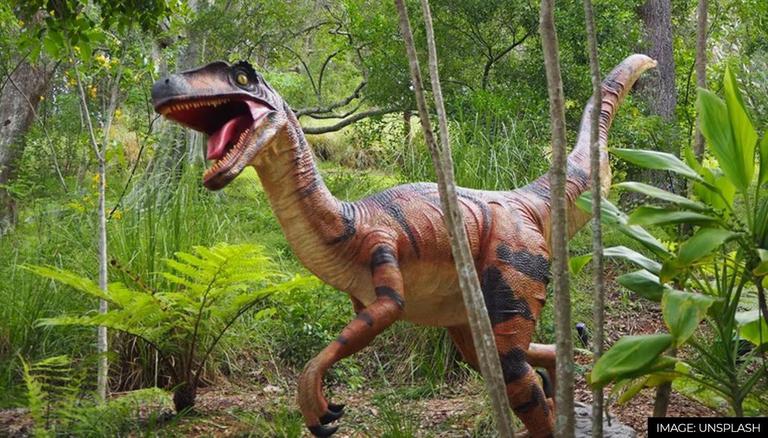 
In a new discovery, scientists have found the skeleton of a dinosaur in Missouri in the United States. Guy Darrough, a paleontologist made the discovery of a juvenile skeleton of a Parrosaurus missouriensis in an undisclosed location, reported Fox2Now News. They have not revealed the exact location until its site can be secured.

Guy Darrough discovered the remains of the duck-billed dinosaur, which is around 25 to 30 feet long. Darrough mentioned that these dinosaurs have not been found in any other location in the United States. After making the discovery of the skeleton, the paleontologist sent the remains of the creature to the Sainte Genevieve Museum Learning Centre, as per the report by Fox2Now. After Darrough spoke to the curator of dinosaurs at the Field Museum, Pete Makovicky confirmed that the remains were of dinosaurs.

Pete Makovicky and his team later conducted their own dig in an undisclosed location in Missouri and they discovered an adult next to the juvenile skeleton. Pete Makovicky, a professor in earth and environmental sciences at the University of Minnesota who has dug up dinosaurs across the world, however, called the location of the latest discovery “a remarkable site”, as per the report by the above-mentioned publication. He mentioned that they might be able to discover more dinosaurs in the location.

According to the official website of Missouri's Secretary of State, dinosaur bones have been found in Missouri before, but these kinds of fossil finds are "rare". A family that owned the property was digging a well when they discovered "fossilized bones" in the 1940s. Those bones were later identified with different names like an upper Cretaceous sauropod, “duck-billed dinosaur", however, later it was named Parrosaurus in 2018. In 2004, the Parrosaurus missouriensis became Missouri's state dinosaur.

Earlier this month, scientists discovered a species of dinosaur that was 13 feet long, five feet tall and weighed up to 1000 kg, and was an ancestor of the diplodocus. The scientists said that nearly two complete skull fossils of plant-eating dinosaurs were found in Jameson Land, East Greenland, reported The Daily Mail. The new dinosaur species' scientific name is Issi saaneq, which translates to 'Cold Bone,' lived around 214 million years ago when East Greenland was connected to Europe.

WE RECOMMEND
US Prez Biden invites 110 nations & Taiwan to virtual summit on democracy; China snubbed
US says haven't made determination on CAATSA waiver for India, will continue discussions
US awards USD 591 mn contract to supply military vehicles to Lithuania, others: Pentagon
US blacklists foreign entities from Pak, China and Russia over national security issue
India, US settle on 2% equalisation levy to focus on implementation of new taxation system