US Secretary of State Antony Blinken met with his Ukrainian counterpart, Dmytro Kuleba, and discussed the unusual Russian military activity. 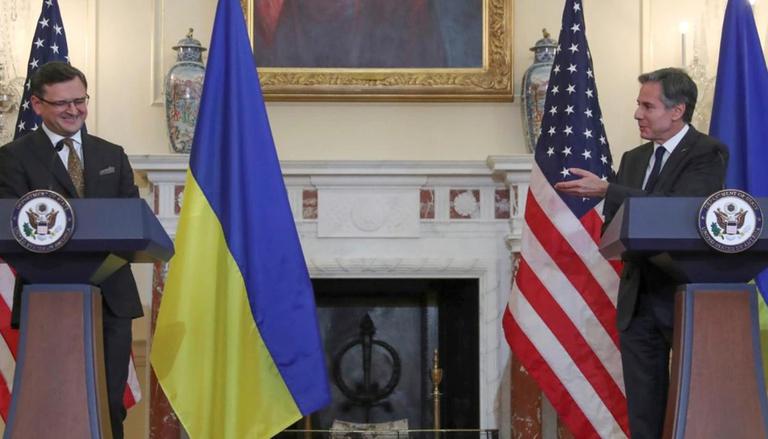 Blinken stated that the US was very closely monitoring the activities of Russia and would continue to discuss the matter with allies and partners.

The US Secretary of State also stated that any Russian escalation along the Ukraine border will be of great concern and said that the US is looking for ways to de-escalate tensions between the two countries. Blinken emphasized Moscow's previous border activities and stated that the US was unaware of Russia's current intentions.

He said, "We don’t have clarity on Moscow’s intentions, but we do know its playbook. If there are any provocations that we’re seeing, they’re coming from Russia," he added.

Kuleba thanked Blinken for the support and said that the key to deterring Russian aggression is Ukraine's allies speaking out strongly in support of Kyiv. During the meeting, the two leaders discussed Ukraine's energy supply and signed a US-Ukraine Charter on Strategic Partnership document.

Highlighting the cyberattacks, the spread of misinformation and the use of migrant population to increase unrest and military activity near the border, the Ukrainian Foreign Minister said, "What is unfolding in Europe now is a very complicated thing with many elements to it."

He added, "In this complicated game, we have to remain vigilant, we have to be resilient."

While speaking to the Associated Press, the top US diplomat for Europe said that senior Russian officials had been warned of potential consequences for causing any threat to Ukraine’s security. Assistant secretary of state for Europe and Eurasia Karen Donfried did not mention of any specific action to be taken against Russia, but US administration officials have mentioned in the past that boosting military support for Ukraine is one option.

According to various media reports, the Russian government has deployed about 90,000 troops not far from the Ukraine border and in rebel-controlled areas in Ukraine. Similarly, a massive buildup of Russian troops in Russia's western regions raised concern in Kyiv, fueling fears of a warlike situation.

On the other hand, Russian officials said that the troops have gathered for maneuvers and were deployed to counter security threats posed by the deployment of NATO military forces near the Russian border.