US Senator from Florida, Marco Antonio Rubio jas said that that the “stigma” around the unidentified aerial phenomena (UAPs) should not prevent investigation. 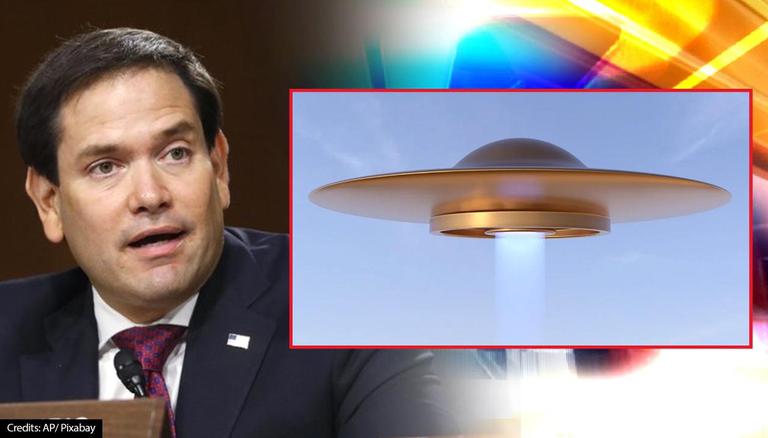 
United States Senator from Florida, Marco Antonio Rubio has said that that the “stigma” around the unidentified aerial phenomena (UAPs) should not prevent launching an investigation into the incidents involving mysterious flying objects. Rubio commissioned the director of national intelligence with a report into UAPs due by the end of next month. While talking to CBS’ 60 Minutes, the US Senator acknowledged the “stigma” on Capitol Hill even though some of his colleagues are “very interested” in the topic.

Rubio told the news outlet, “There’s a stigma on Capitol Hill. I mean, some of my colleagues are very interested in this topic and some kinda, you know, giggle when you bring it up.”

“But I don’t think we can allow the stigma to keep us from having an answer to a very fundamental question,” he added. Rubio also stressed that the United States much ensure “it’s not a foreign adversary capability, meaning… the Russians, or the Chinese… have developed some technology.”

The former speaker of the Florida House of representatives also said, “It’s a huge counterintelligence threat if that’s what it is. We want to take that seriously.”

Graves and his colleagues spotted hundreds of UAPs

Graves and his colleagues reportedly spotted hundreds of objects in protected air space between 2015 and 2017 during which they also recorded an encounter off the coast of Jacksonville, Florida. Meanwhile, the United States government is expected to uncover a report in June on UFO sightings after the unclassified videos of them were leaked to The New York Times in 2017. Senator Marco Rubio also called for the detailed analysis after viewing the classified briefings on UAP.

Earlier, John Ratcliffe, the former director of national intelligence told Fox News in an interview, “'When we talk about sightings, we are talking about objects that have been seen by Navy or Air Force pilots, or have been picked up by satellite imagery, that frankly engage in actions that are difficult to explain, movements that are hard to replicate, that we don't have the technology for, or travelling at speeds that exceed the sound barrier without a sonic boom.”

WE RECOMMEND
US condemns Erdogan's remarks against Jews, says 'anti-Semitic language has no place'
US Senate advances bill to enhance technological research to counter China
US House passes 'COVID–19 Hate Crimes' bill in view of anti-Asian hate crimes
US Democratic lawmakers urge Facebook to abandon its plans to launch 'Instagram for kids'
Antony Blinken says US not planning to buy Greenland from Denmark