US Small Arms And Ammunition Arrive In Ukraine As Border Tensions With Russia Soar: Report

A US State Department official recently informed that small arms and ammunition - part of the $60 million security package - was delivered to Ukraine. 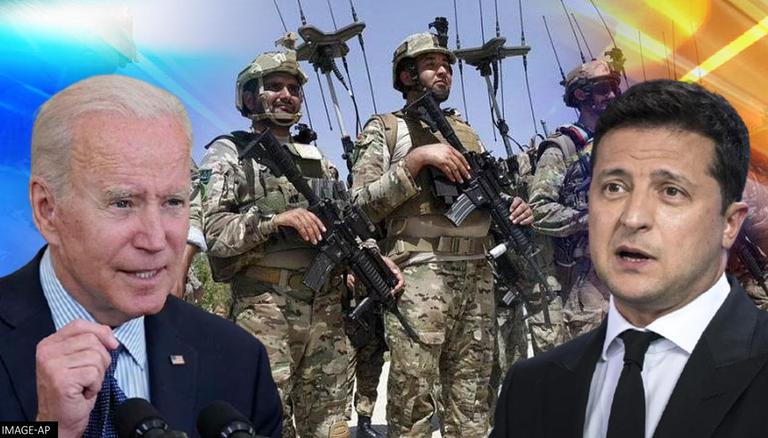 
A US State Department official recently informed that small arms and ammunition - part of the $60 million security package - was delivered to Ukraine on Thursday. This comes after US President Joe Biden approved the package in September. Pentagon spokesperson John Kirby earlier this week had also informed that the assistance included lethal elements, such as Javelin anti-tank missiles, as well as nonlethal elements.

Now, a state department official in the Bureau of Political-Military Affairs, informed about the delivery of small arms and ammunition to Kyiv. However, he also added that a final delivery containing four counter mortar radars is still scheduled for early next year, as per CNN. It is to mention that with recent delivery, the United States this year has delivered approximately $450 million in security assistance to Ukraine.

Apart from military equipment, the US has also deployed troops to Ukraine. According to CNN, in November, around 150 members of the Florida National Guard’s Task Force Gator deployed to Ukraine as part of the Joint Multinational Training Group-Ukraine. Additionally, the Pentagon has said that Special Operations Command Europe also has a “large role” in training and advising Ukrainian special forces through exercises, communication and coordination.

Meanwhile, it is to note that the security package by the United States is designed to bolster Ukraine’s self-defence capability, especially in the wake of the buildup of Russian forces near the nation's borders. In recent months, Russia has reportedly moved around 100,000 troops to Ukraine’s border, sounding alarm in Washington and at NATO’s Brussels headquarters. US President Joe Biden had even urged his Russian counterpart to take the path of diplomacy to de-escalate the situation or face harsh economic sanctions

On the other hand, Kyiv and the West have expressed concern about an alleged plan by Moscow to invade Ukraine. Russian President Vladimir Putin has, however, sternly warned NATO and the west against deploying its troops and weapons to Ukraine. He had said that it represents a red line for Russia and would trigger a strong response. Russia has countered the West by expressing concern about Ukraine’s military buildup near the area of the separatist conflict in the country’s east.

WE RECOMMEND
Al-Qaeda rebuilds in Afghanistan since US troops' withdrawal in August: Official
US: Rittenhouse 'would like to sit down' with Biden, tell 'facts' of Kenosha shootings
Pentagon refuses to say US, Israel planning strikes on Iran nuclear sites if talks stalled
US Pentagon refuses to comment on possible anti-Iranian drills with Israel
US sanctions on Iran have no bearing on India's Chabahar port project: Govt