A Texas agency, DFPS, has ruled that the genital mutilation of a child for purposes of gender confirmation should be considered child abuse 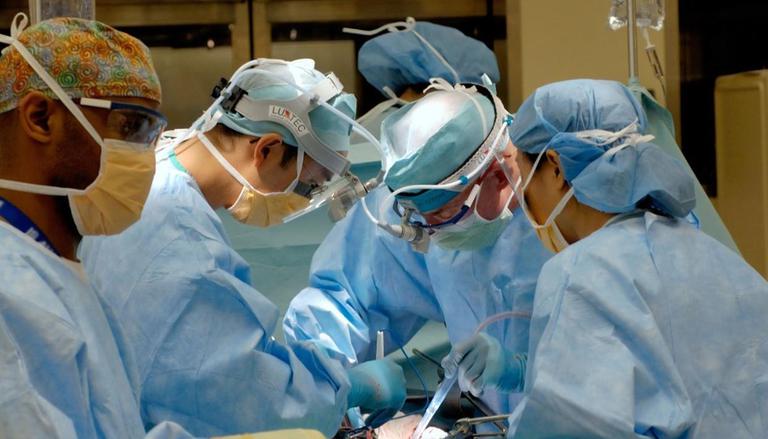 
The Department of Family and Protective Services (DFPS) in Texas has announced to keep the genital mutilation of a child for purposes of gender confirmation under the category of child abuse. According to a report of Houston Chronicle, the recent announcement came after Texas Governor Greg Abbott requested the DFPS to clarify their stance over the genital mutilation of a child.

In its declaration, the family protective agency agreed with the Texas Governor's redefinition of gender-confirming surgery as a form of genital mutilation. It is worth mentioning that genital mutilation is a technical term used by human rights activists to refer to a procedure performed on girls at a young age to prevent them from experiencing sexual pleasure.

"As you have described, this surgical procedure physically alters a child’s genitalia for non-medical purposes potentially inflicting irreversible harm to children’s bodies," the US's DFPS stated in its Wednesday letter. 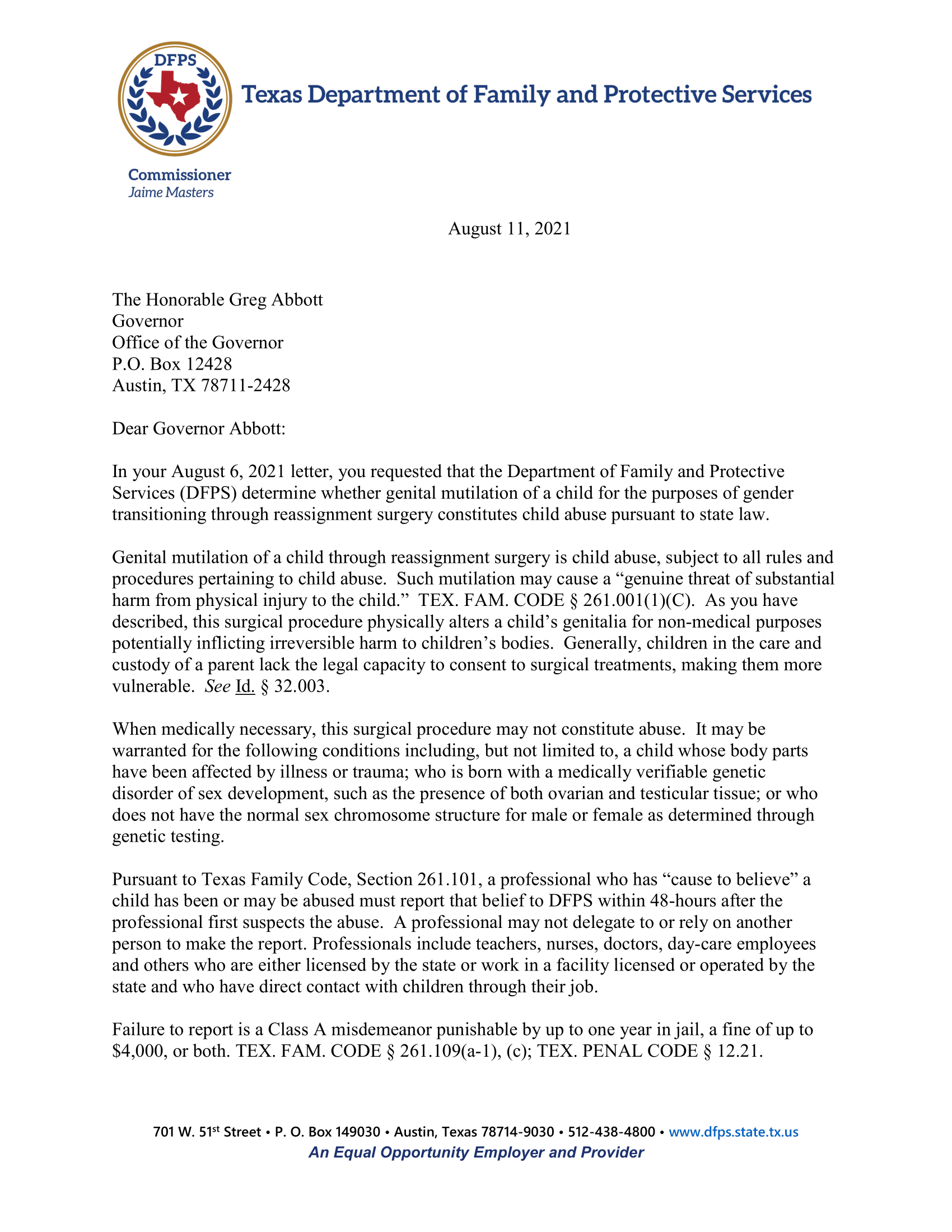 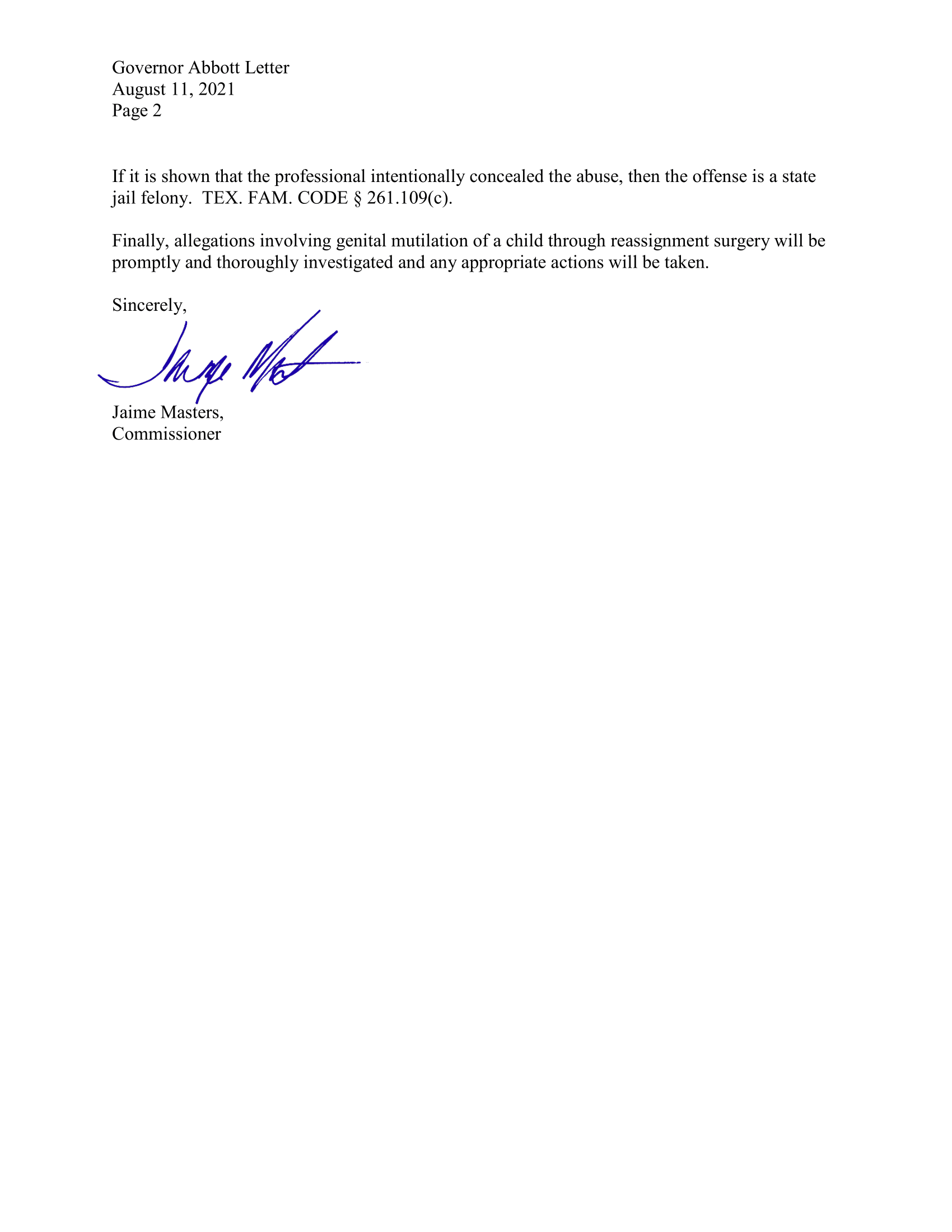 DFPS makes an exception for surgeries to medically necessary cases

The agency made an exception for surgeries it deems "medically necessary," including procedures to correct what it calls "medically verifiable genetic disorders of sex development." "It may be warranted for the following conditions including, but not limited to, a child whose body parts have been affected by illness or trauma; who is born with a medically verifiable genetic disorder of sex development, such as the presence of both ovarian and testicular tissue; or who does not have the normal sex chromosome structure for male or female as determined through genetic testing," read the exception reason mentioned in the letter addressed to the Texas Governor.

With the recent announcement, it becomes mandatory for the doctors, nurses, teachers, daycare employees, and other professionals who work with children to inform the Department of Family and Protective Services within 48 hours with a proper reason to believe a child has or may undergo gender-confirming surgery. "Those who do not report can be charged with a class A misdemeanour. DFPS will also now be misdemeanour investigate parents and medical practitioners who perform the surgeries," read the notification issued to the concerned department regarding genital mutilation of a child.

(With inputs from DFPS letter)

WE RECOMMEND
Blinken dials Ashraf Ghani, talks of reducing US civilian footprint in Kabul amid crisis
US to deploy additional 3000 troops to Afghanistan as Kandahar falls into Taliban hands
Texas GOP signs arrest warrants for Dem lawmakers
Texas county sues to implement mask rules
US deploying troops in Kabul to support the orderly and safe reduction of civilian personnel from Afghanistan