US To Absorb 50,000 Refugees From Afghanistan As Part Of 'Operation Welcome Allies'

US is expected to take in roughly 50,000 people following its drawdown in Afghanistan and the crisis that has ensued in the aftermath, a top official said 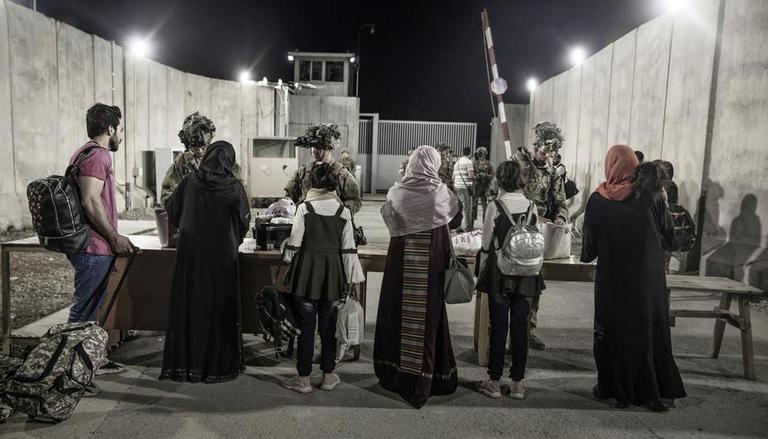 
The US is expected to take in roughly 50,000 people following its drawdown in Afghanistan and the crisis that has ensued in the aftermath, the secretary of Homeland Security said. On Friday, Alejandro Mayorkas announced ‘Operation Welcome Allies’ which was a part of Washington's “enduring commitment” to bring back US citizens and other “vulnerable Afghans.”

He said that President Joe Biden had charged the Department of Homeland Security to ensure the resettlement of the internally displaced people, “unity of effort, clear roles and responsibilities, synchronised priorities, and effective coordination across the federal government.”

I visited three sites that are part of Operation Allies Welcome, our unprecedented, historic effort to resettle in the United States tens of thousands of Afghan nationals, many of whom assisted the United States and many of whom are vulnerable women and girls.  One of the sites I visited was the Dulles Expo Center, a large care shelter where the people and their families are checked in, offered a COVID vaccine, fed, provided medical care, counselled, and sheltered before their onward movement,” he told reporters.

"This initiative requires us to call on the resources, expertise, and authorities of every part of the federal government.  DHS possesses vast operational expertise and a long record of leadership bringing different agencies together to execute a single mission.  We have stood up a Unified Coordination Group—or UCG—to coordinate our efforts across the federal government,"he added revealing details.

Ever since the fall of Kabul, more than 40,000 people have arrived in the US, with nearly 20% of them being US citizens. Earlier, Associated Press reported that the Pentagon has evacuated more than 1,30,000 people from Afghanistan as of now, marking one of the largest airlifts in world history. While hundreds have been successfully resettled, many are still stuck at transit points pertaining to “derogatory information.”

Meanwhile, another NATO power, the UK has announced that it will rescue those left behind in the conflict-hit Afghanistan. Speaking to MPS, Foreign Secretary Dominic Raab, confirmed that the government has initiated a rescue mission and assigned it to the Foreign Affairs Committee, but, he stopped short of specifying how many guards were left in Afghanistan or what kind of difficulties they faced. According to a report published in The Guardian, international security company GardaWorld said that it has recruited 200 Afghan natives as guards at the British diplomatic office.

WE RECOMMEND
Afghanistan crisis: US pressing Pakistan to join fight against ISIS-K & Al-Qaeda
'India & US are closely watching Pakistan's actions in Afghanistan': HV Shringla at UNSC
US in 'constant touch' with stranded Americans in Afghanistan: Antony Blinken
US expects to admit more than 50,000 evacuated Afghans
US: 9-month-old girl on flight carrying Afghan evacuees dies after landing in Philadelphia