US Attorney General Merrick Garland, who arrived in Ukraine, announced the creation of a squad which will look after the accountability of war crimes. 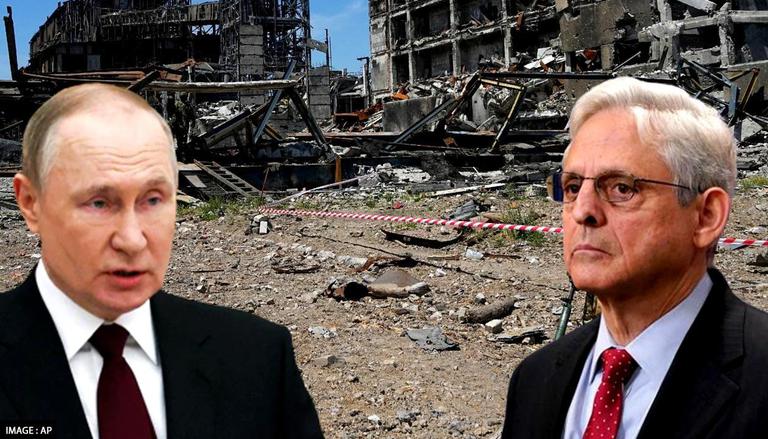 
US Attorney General Merrick Garland, who arrived in Ukraine to get a closer look at the evidence of war crimes executed by Russian forces since the onset of the brutal war, has assured Kyiv to help pinpoint, apprehend, and prosecute individuals entangled in war crimes. According to the statement released by the US Department of Justice, Garland met with Ukrainian Prosecutor General Iryna Venediktova, and he announced the creation of a squad which will look after the accountability of war crimes. Lauding the efforts of the Ukrainian people in upholding the rule of law, the US Attorney General announced extra assistance to war-torn Ukraine in identifying war crimes and prosecuting those involved in atrocities.

"The United States stands in solidarity with the people of Ukraine in the face of Russia’s continued aggression and assault on Ukraine’s sovereignty and territorial integrity," said Attorney General Garland.

"America – and the world – has seen the many horrific images and read the heart-wrenching accounts of brutality and death that have resulted from Russia’s unjust invasion of Ukraine," he added.

According to Garland, the formation of the War Crimes Accountability Team will help in centralising and strengthening the Justice Department in collecting evidence related to crimes and other atrocities in Ukraine. The team will also help the investigators to share wide-ranging technical assistance, including operational assistance and advice regarding criminal prosecutions, evidence collection, forensics, and relevant legal analysis. Further, he maintained that the team will also scrutinise the killing and wounding of US journalists in the war-ravaged country.

US to provide an expert to advise on fighting corruption, and money laundering

He affirmed that no place could be able to hide a war criminal and added the US Justice Department will pursue every avenue of accountability for those who commit war crimes. "Working alongside our domestic and international partners, the Justice Department will be relentless in our efforts to hold accountable every person complicit in the commission of war crimes, torture, and other grave violations during the unprovoked conflict in Ukraine," he added. In addition, he assured Ukrainian Prosecutor General that the Department will provide Ukraine with an expert Justice Department prosecutor to advise on fighting kleptocracy, corruption, and money laundering.

He also informed that America has planned to deploy two expert attorneys from the Office of International Affairs (OIA) – one to a US Embassy in Europe, and another to a US Embassy in the Middle East. Elaborating their role in the investigation, Garland said the senior attorneys will work closely with their counterparts in EU member states and Middle Eastern countries to facilitate mutual legal assistance. They will also be responsible for the exchange of information related to Russian illicit finance and sanctions evasion, he stressed.