US Treasury Could Exhaust Its Cash By Mid-October If Debt Limit Is Not Addressed: Report

A recent analysis from the Bipartisan Policy Centre revealed that the federal government of the US could exhaust its cash sometime between Oct 15 to Nov 4. 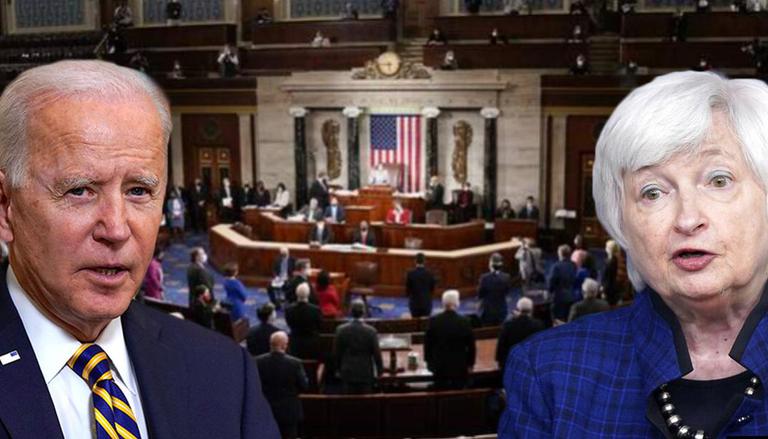 
A recent analysis by the Bipartisan Policy Centre (BPC) revealed that the federal government of the United States could exhaust its cash sometime between October 15 to November 4. United States Treasury Secretary Janet Yellen stated that if policymakers want to ensure that the US government's obligations are paid in full and on schedule, they must act quickly in the coming weeks.

The report, which was published on Friday, September 24, stated that if policymakers fail to act on the debt limit, the treasury is likely to have insufficient cash to meet all its financial obligations. Congress, which is debating whether to raise America's borrowing ceiling, has shown a tighter window during which the US could default on its debt if the borrowing limit is not raised.

Republicans and Democrats in Congress have shown no signs of breaking the deadlock over whether to raise or suspend the debt ceiling, which limits the government's capacity to borrow money for its expenses. Owing to the stalemate in Congress, the US might be less than a month away from a devastating economic shock, according to analysts.

According to the BPC report, the US officially reached its statutory debt limit in late July but the Treasury Department has been taking "exceptional measures" to halt or delay investments in order to avoid a default. This is because government payments tied to the pandemic have lowered clarity about when some taxes will be collected and when federal money will flow out the door, predicting the true deadline has become more difficult this year, stated the report.

'US Congress have few weeks to address debt limit'

The director of economic policy at the BPC, Shai Akabas stated that as per the latest analysis, Congress is left with only a few weeks to address the debt limit. He further stated that if lawmakers fail to rectify it, the US government risks missing or delaying crucial bills such as military wages and retirement perks, according to The New York Times.

The BPC analysis also claimed that the Treasury Department would be nearly $265 billion short of paying all of its obligations by mid-November if the true deadline for breaking the debt limit was October 15, the earliest end of its forecast range. The Treasury could try to prioritise payments, which would include paying certain bills. It could alternatively choose to postpone all bills until it has received enough money to fulfil the payments, claimed the BPC report.

WE RECOMMEND
1% of wealthiest Americans evade $163 billion tax per year: US Treasury Department report
US targets 5 al-Qaida operatives in Turkey with sanctions
US issues licenses to allow aid for Afghans despite sanctions against Taliban
US House passes bill to avert government shut down, suspends federal debt limit
US Prez Biden signs executive order to sanction those responsible for Ethiopian conflict