US Treasury Secretary Janet Yellen said that the nation’s inflation rates are not expected to decrease to acceptable levels until the latter part of 2022. 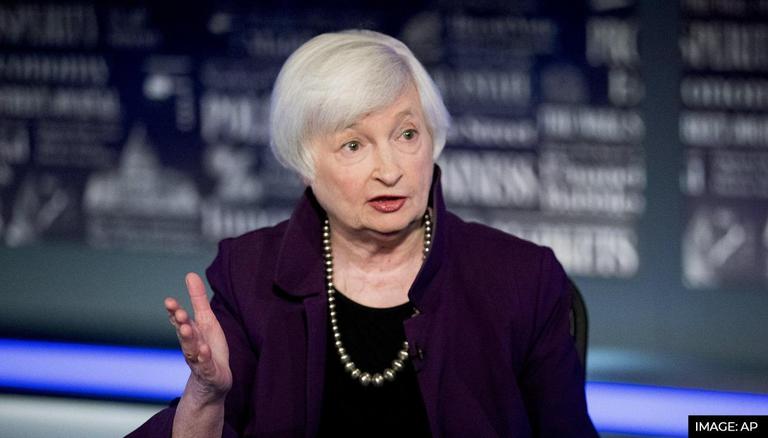 
US Treasury Secretary Janet Yellen on Sunday, 24 October, said that the nation’s inflation rates are not expected to decrease to acceptable levels until the latter part of 2022. While speaking to CNN on the show ‘State of the Union’, Yellen anticipated the inflation rates in the United States to return to the 2% range in the second half of next year. Asked when she expects inflation, which was 5.4% at the end of September, to get back to normalcy, Yellen said that it would happen in the middle or the second half of 2022.

“Well, I expect that to happen next year. Monthly rates of inflation have already fallen substantially from the very high rates that we saw in the spring and early summer,” the US Treasury Secretary said.

Yellen explained that on a 12-month basis, the inflation rate will remain high into next year because of what has already happened. However, she added that she expects improvement by the middle to end of next year. Further, the US official also attempted to downplay concerns over rising inflation and told the media outlet that she doesn’t believe the US is losing control over inflation.

Yellen even went on to push back against criticism from former Treasury Secretary Larry Summers, who has been sounding alarmed on inflation rates and spending. Yellen said that she thing Summers is wrong, adding that the US is not losing control. But she also agreed that the nation is going through a period of inflation that is higher than before.

“I think he's wrong, I don't think we're about to lose control of inflation, it's something that's obviously a concern and worrying them, but we haven't lost control,” Yellen said.

Further, the Treasury Secretary said that she expects the bottlenecks to subside as progress is made on the COVID-19 pandemic. She predicted that the US will return to the workforce as conditions improve. She noted that the firms are having trouble hiring workers, but she added that the labour supply is “depressed” by the pandemic. However, she added that as the nation gets beyond the pandemic, the labour supply will increase.

Meanwhile, Federal Reserve Chair Jerome Powell last week said that the tangled supply chains and shortages that have bedevilled the US economy have gotten worse and will likely keep inflation elevated well into next year. However, he also added that the fed is not yet prepared to lift its benchmark interest rate. Previously, Powell had also said that the shortages and higher prices are mostly a result of the pandemic’s impact on supply lines. He said that he thinks those problems will be resolved over time, adding that Fed will be vigilant and take steps to push inflation back down to its 2% goal if necessary.

“No one should doubt that we will use our tools to guide inflation back to 2%,” he said.

WE RECOMMEND
US: Biden govt in plans to resettle over 55,000 Afghan refugees permanently: Reports
Ex US envoy Khalilzad defends Doha Agreement but acknowledges failure to bring democracy
US-Mexico border crisis: Over 2,000 migrants march towards USA from Tapachula
Rupee slips 14 paise to 75.04 against US dollar in early trade
White House: No shift in US's Taiwan policy