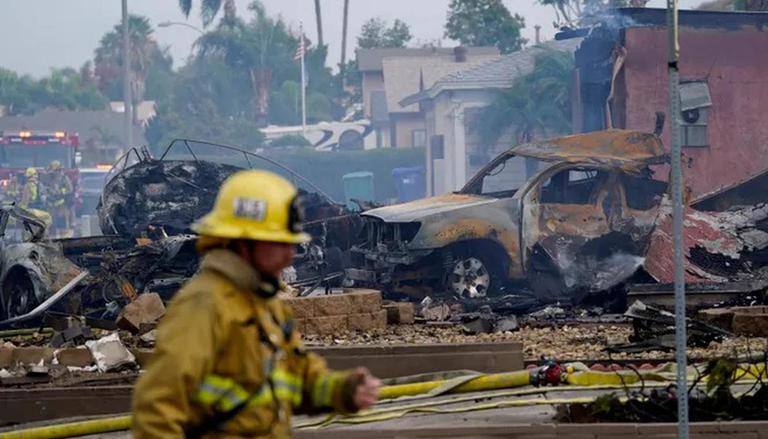 
A small twin-engine plane crashed into multiple homes in the suburbs of Santee in the US state of California on Monday leaving two dead on the spot. According to US media reports, the plane, identified as a Cessna C340, plunged from mid-air into residential buildings near Santana High school about 20 miles away from the northeast of downtown San Diego, Southern California.

According to San Diego Union-Tribune newspaper, the twin-engine plane struck one home, "caused major damage" to three homes, and "heavily damaged" a box truck near Greencastle Street and Jeremy Street sparking a fire. The pilot on board and the driver of the box truck were found dead by fire officials, Santee Fire Chief John Garlow told the publication. Two other localities suffered grave burns and were immediately shifted to the hospital. As per the Federal Aviation Authority (FAA), the Cessna C340 crashed around 12:15 pm. However, as of about 2 pm, the officials were unaware of the number of people on board.

Office of Emergency Services has been activated and is monitoring the situation, San Diego County Board of Supervisors Chairman Nathan Fletcher said a statement issued later on Monday after the crash. “ (We are) ready to provide any needed support to the city of Santee," he said. 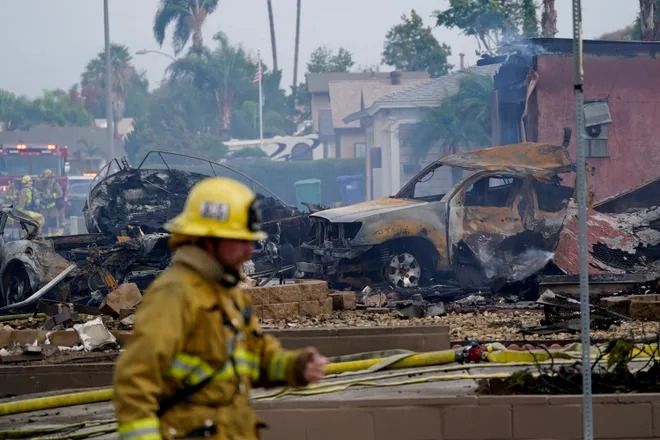 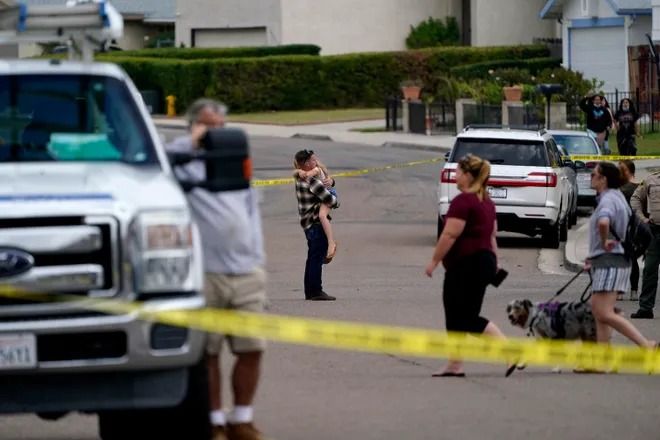 According to a statement by Santee Deputy Fire Chief Justin Matsushita, the plane was headed from Yuma in Arizona to Montgomery-Gibbs Executive Field in San Diego when it crashed into the homes. He added that parts from the plane were "strewn across 10 homes." However, there were no reports of casualties among the residents in the homes.

People affected from the crash, mostly the residents whose houses have been mowed down, have been moved to a temporary evacuation point set up at the Cameron Family YMCA, Sheriff Officials told San Diego Union-Tribune. Also, Santana High School officials tweeted that all students were secure. Meanwhile, logistics and shipping company UPS confirmed the death of their employee through a statement. "We are heartbroken by the loss of our employee and extend our deepest condolences to the family and friends," the company said in a statement. Investigation into the cause of the crash was still underway.

WE RECOMMEND
US Navy engineer and his wife arrested for 'selling' nuclear submarine secrets
US, UK issue advisory; warn citizens to avoid Kabul hotel over 'security threats'
IIT Madras, US Consulate to host workshop to help South-Indian institutes host US students
After first meeting in Doha, Taliban says US to provide humanitarian aid to Afghanistan
US: Four dead in plane crash in Georgia's DeKalb-Peachtree Airport