VP Harris announced the allocation of $1.5 billion from the coronavirus aid package to tackle the shortage of healthcare workers in marginalised communities. 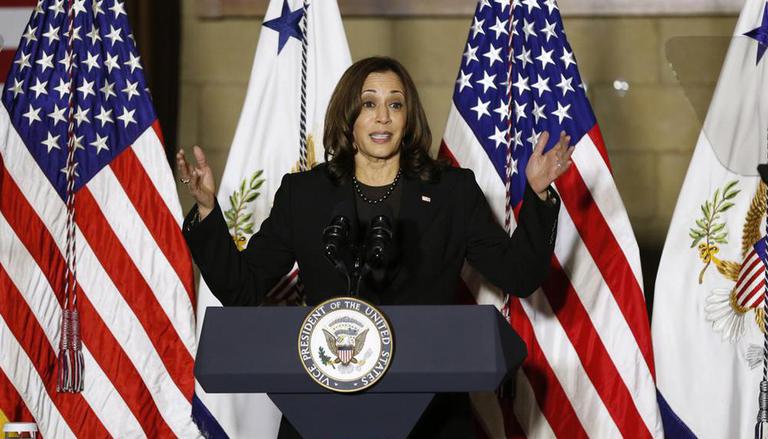 
On Monday, November 22, US Vice President Kamala Harris announced that the Biden administration is allocating $1.5 billion from the coronavirus aid package to tackle the shortage of healthcare workers in marginalised communities. She stated that the money will go to the National Health Service Corps, Nurse Corps, and Substance Use Disorder Treatment and Recovery programmes. These all federal programs provide scholarships and debt repayments to healthcare students and workers who agree to work in underprivileged and high-risk areas. "Our country must invest in a healthcare workforce that reflects America's diversity and ensure that all Americans have access to equitable health care," the Vice President was quoted as saying by The Associated Press.

According to the White House, the funding, which includes money from the American Rescue Plan and other sources, will support more than 22,700 providers - the highest number of providers engaged in these programmes ever. It comes in response to the White House's COVID-19 Health Equity Task Force's recommendations earlier this month, which released a report outlining how the government should address systematic inequalities in the healthcare system. The COVID-19 pandemic has highlighted and worsened inequities in health care for minorities and underprivileged populations. According to a Kaiser Family Foundation report, minority Americans have witnessed a higher number of infections and mortality rates than white Americans over the course of the pandemic.

COVID-19 did not cause health disparities in the US: Harris

Meanwhile, VP Harris claimed that Health disparities were not caused by COVID-19. "Health inequities existed long before the virus arrived on our shores, as any healthcare professional would tell you. Health disparities are the result of larger social imbalances," she further explained. It's the most recent investment from the $1.9 trillion American Rescue Plan, which was authorised earlier this year in the month of March. The White House announced earlier this month that government programmes focused on improving diversity in the public health sector and helping people with disabilities. It had also announced an additional $785 million in funding for such federal programs.

Harris also advocated for President Joe Biden's roughly $2 trillion social safety net and climate change package to be passed. It is expected to give cash to temporarily close the Medicaid coverage gap and increase access to health insurance marketplace subsidies through 2025. "To address the tragedy of black maternal mortality in America, the package would also include a historic investment in maternal health," the Vice President outlined. In the US, black women are nearly three times as likely as other women to die from a pregnancy-related reason, mainly due to racial bias in healthcare and doctors' failure to recognise risk factors such as high blood pressure.