US Defense Secretary and Pentagon chief Lloyd Austin expressed concern about the situation in Ukraine and stated that Washington is ready to support Kyiv. 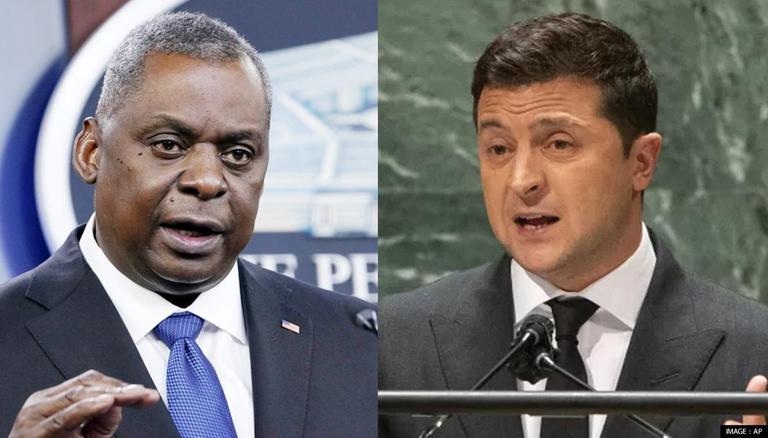 
On Saturday, December 4, US Defense Secretary and Pentagon chief Lloyd Austin expressed concern about the situation in Ukraine and stated that Washington is ready to support Kyiv. Addressing the Reagan National Defense Forum, Austin said the US is "extremely worried" about the purported buildup of Russian forces on the Ukrainian border and will work to guarantee Kyiv gets all kinds of support to defend its sovereign territory, ANI reported.

Meanwhile, the Pentagon chief also asserted that he would not speculate on various eventualities relating to Russia's purported encroachment on its borders.

Over the last few weeks, Ukraine and a number of Western countries have expressed worry about Russia's alleged "aggressive acts" near their border. Russia, on the other hand, has denied the allegations, claiming that it is only deploying soldiers within its own borders and at its own discretion. Meanwhile, on Tuesday, November 7, US President Joe Biden and his Russian counterpart Vladimir Putin are expected to hold a virtual meeting to discuss the rising tensions between the two countries over Russia's activities on the Ukrainian border. Kremlin spokesperson Dmitry Peskov informed about the planned meeting while speaking to state news agency RIAN, as reported by the Associated Press (AP).

According to US intelligence officials, Russia has roughly 70,000 troops stationed along its border with Ukraine. They also alleged that Moscow has started its preparation for a potential invasion. Meanwhile, Ukraine's defence minister, Oleksii Reznikov, claimed 94,300 troops had gathered at the border and warned of a "large-scale escalation" in the coming month, reported the AP. Recently, US Secretary of State Antony Blinken also warned Russia of severe economic sanctions if it tries to invade Ukraine.

Russia has no intention to invade Ukraine: Kremlin spokesperson

It is worth mentioning here that on November 12, Peskov refuted media reports claiming Russia's intentions to "invade Ukrainian territory." Terming those reports as "false" and "groundless," he blasted such outlets for attempting to stir up tensions between Russia and other countries. Peskov had further said that Russian military movements on Russian soil should not be a source of concern for anyone and Moscow poses no threat to anyone, reported Sputnik.

WE RECOMMEND
Iran abandons compromises in latest Vienna nuclear talks; US still 'hopeful' about deal
US & Japan decide to hold 2+2 bilateral meet after positive talks between Defence chiefs
In US, nurse jailed for 10 years for impregnating debilitated patient at care facility
Russia accuses US of 'whipping up hysteria' over alleged threat to Ukraine
US warns Russia planning 'multi-front military invasion' of Ukraine in early 2022: Report