US Woman Discovers 17 Snakes Crawling Under Her Bed, Watch The Viral Pictures

A US woman from Georgia discovered around 17 baby snakes under her bed. The baby snakes had the same colour and texture as the rug under the bed & camouflaged. 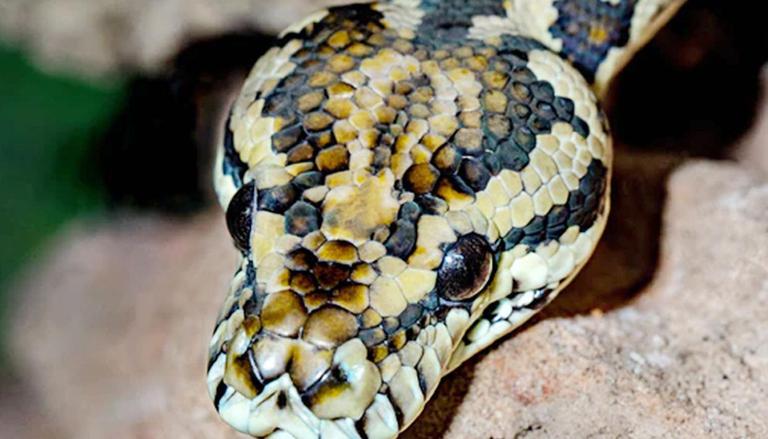 
Anyone will freak out if they are just about to sleep and find snakes crawling out of their bed. The scariest incident was a reality for a US woman, who discovered around 17 baby snakes under her bed. Trish Wilcher from Georgia, US was surprised at watching the ‘fuzz’ of her carpet moving, it is then when she found out that a snake had laid eggs under her bed.

The baby snakes had the same colour and texture as the rug under the bed and had camouflaged with it, to wade off any notice from them. Trish took to the social media platform Facebook to share the incident, where she mentioned that after turning her bed upside down, she finally found out the mummy snake too. Around 17 baby snakes and one big snake had sneaked into her bedroom.

As per Trish, this would have happened because some grown-up land was cleared off in their surroundings, which would have been the habitat of the mummy snake until it was destroyed and she decided to turn herself as Wilcher’s guest.

Sharing the pictures of the snakes, she wrote, “Ok, we have turned the bedroom upside down… found 17 babies and the momma. Up the street, they have cleared some land that has been grown up for some time now … therefore we were the home spot for her litter! Still not confident that was the last of those things. Scared shirtless to be honest! No sleep tonight… just glad I saw that little tiny piece of what I thought was fuzz and went to pick it up!!!” In another post, Wilcher says that no one was harmed in the whole incident, luckily she was able to put the snakes out of the house without harming or killing them. "Needless to say we did not feel threatened after finding the momma…therefore to the creek they went. Still uneasy!" she said.

READ | Snake tries to strike at car, then slithers & crawls inside it; Watch terrifying video

Wilcher was uneasy even after putting the snakes out of her house and was unsure if there were more snakes or not. The post has gained varied comments, some people also guessed that the snakes belonged to the species called "Dekay's snakes" or brown snakes and might have been non-venomous.
Image: Unsplash

WE RECOMMEND
Antony Blinken in India: Security beefed up in Delhi ahead of US State Secy visit
US military to continue airstrike supporting Afghan troops fighting 'rogue Taliban forces'
US man who mocked COVID-19 vaccine efforts succumbs to virus in LA hospital
US will not lift travel restrictions due to concern over Delta variant: White House
China accuses US of creating ‘imaginary enemy’ to divert attention from domestic issues