US: 'World's Steepest Dive Rollercoaster' With 95-degree Drop To Open In Texas In 2022

Six Flags Fiesta Texas, a theme park in the US, recently announced plans to open the world’s steepest dive rollercoaster in the summer of 2022. 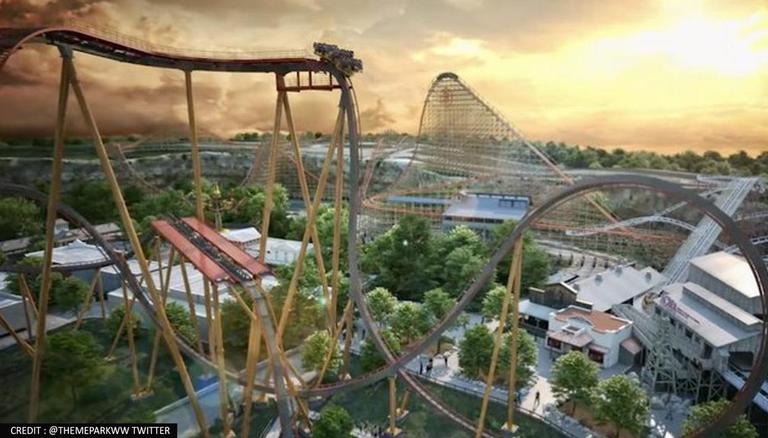 
Six Flags Fiesta Texas, a theme park in the US, recently announced plans to open the world’s steepest dive rollercoaster in the summer of 2022. According to a Twitter post, Six Flags will be launching its new ride called 'Dr. Diabolical’s Cliffhanger', which will lift riders 150 feet in the air and will bring them face-down down a 95-degree drop. The rollercoaster will reportedly zoom down at speeds of 60 miles per hour and upon approaching the first drop, riders will also be momentarily suspended face-down before entering the “terrifying” 150-foot dive.

“Dr. Diabolical built a machine to harvest the essence of human adrenaline and fear in order to nourish her creatures. This machine is called Dr. Diabolical’s Cliffhanger,” the theme park said in a press note.

As per the press release, the rollercoaster has three 21-passenger trains to lift riders 150 feet in the air, then lock them in a face-first Cliffhanger hold just before dropping them down a 95-degree, beyond-vertical plummet at 60 mph. The machine travels on 2,501 feet of track through an Immelmann inversion, a 270-degree zero-g roll, a 75-foot near-vertical drop, a wild-banked turn, an extreme airtime hill, and a high-speed spiral finale. The theme park said, “Once you are exposed to this menacing machine, you shall live forever…IN FEAR!”

In a statement, Park President Jeffrey Siebert said that Six Flags Fiesta Texas continues to push the limits of thrill and innovation as it prepares to introduce the world’s steepest dive coaster during our 30th anniversary season. Siebert added that the ride will become fan favourites because it has eight intense elements, including dramatic inversions and extreme airtime. The dive coaster will be manufactured by Bolliger and Mabillard.