The tallest man in the United States died in Minnesota aged 38 on August 23. He was 7 feet and 8.33 inches tall and died due to a heart ailment. 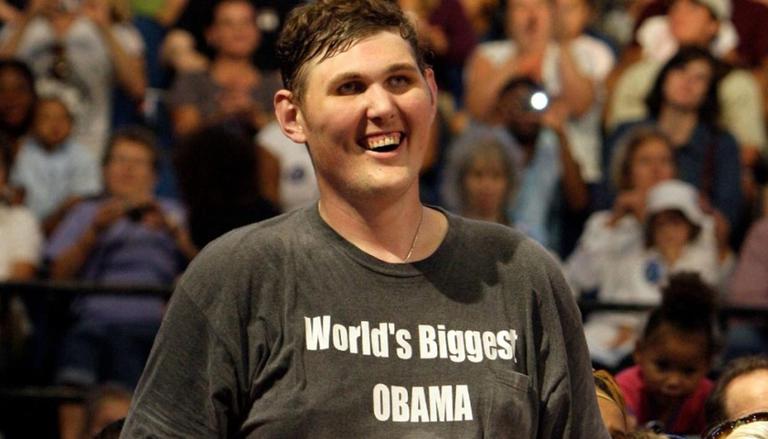 
The tallest man in the United States died in Minnesota aged 38 on August 23. He was 7 feet and 8.33 inches tall. Igor Vovkovinskiy died due to a heart ailment, as has been informed by his family members. His mother, Svetlana Vovkovinska, initially posted about his death on Facebook. She is an ICU nurse at Mayo. According to Ranfranz and Vine Funeral Home, Vovkovinskiy was born on Sept. 8, 1982, in Bar, Ukraine, to Vovkovinska and Oleksandr Ladan.

Vovkovinskiy flew to New York City at the age of 27 and was crowned America's tallest living person on Oz's show by a Guinness World Records adjudicator. He beat a Virginia sheriff's deputy by a third of an inch.

Apart from that, Vovkovinskiy has appeared on "The Dr Oz Show" and was called out by President Barack Obama during a 2009 campaign event when the president observed him near the stage wearing a T-shirt that read "World's Biggest Obama Supporter". Other than this in 2013, he carried the Ukrainian participant onto the Eurovision Song Contest stage to perform.

Thoughts and prayers to the family and friends of Igor Vovkovinskiy who passed away last Friday. 🙏

The 7ft 8" actor gave us one of the most memorable #Eurovision appearances in recent years accompanying Zlata Ognevich in Malmö back in 2013.

Remembering Igor Vovkovinskiy, known by some as the tallest person in the United States and known by others as the friendly giant from Ukraine’s 2013 Eurovision entry. Igor, who stood at 7 feet and 8.3 inches (234cm) died yesterday from heart disease at the age of 38. pic.twitter.com/I1BwJkJJVL

In 2012, he launched a public request for funds to meet the anticipated $16,000 cost of custom-built shoes that would relieve his terrible discomfort. He claimed at the time that he hadn't owned a pair that fit his size 26, 10E feet in years. Thousands of others contributed more than double the amount he needed. The personalised sneakers were provided by Reebok for free to him

So sad to hear about the passing of Igor Vovkovinskiy, who was featured in Zlata Ognevich's staging for "Gravity" at #Eurovision 2013. Love and strength to his family and friends, both in Ukraine and here in Minnesota, where he had been living since childhood. pic.twitter.com/M7qv6rIRqe

As per a report from Associated Press, Vovkovinskiy sought therapy at the Mayo Clinic as a kid in 1989. His pituitary gland secreted abnormal doses of growth hormone as a result of a tumour pressing against it.