“Just to be cautious, I separated from my family, slept in a different part of the house, and throughout the night I got fevers and sweats," Joe Rogan said. 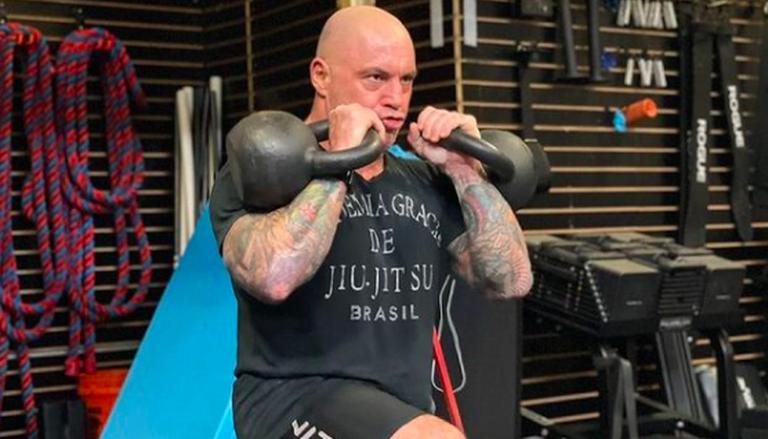 
One of world's highest-paid and most popular podcast host in the US Joe Rogan tested positive to the novel coronavirus on Wednesday, but said has kick-started his own unapproved treatment regime with the ‘deworming drug’ Ivermectin. The COVID-19 jab steamroller often downplayed the efficacy of the vaccine with a slight bend towards the anti-vaxxers. Taking to his official Instagram handle, the podcaster broke the news to his 13.1 million Instagram followers that he was diagnosed positive COVID-19, and that he has mild symptoms of headache as he felt sick while returning home from his Florida comedy tour.

“Just to be cautious, I separated from my family, slept in a different part of the house, and throughout the night I got fevers and sweats," Joe Rogan told his followers. " And I knew what was going on. So I got up in the morning, got tested — and turns out I got covid,” he added.

The 54-year-old, who was unvaccinated at the time of the announcement of his infection, said that he is administering the deworming medicine Ivermectin. The drug has been approved by the US Food and Drug Administration to treat parasitic infections primarily among cattle and livestock. Treatment of COVID-19 with Ivermectin hasn’t been approved or authorized by the FDA, according to the US broadcasters, and "can cause serious harm," the FDA mentioned on its official website. “You are not a horse. You are not a cow. Seriously, y’all. Stop it,” the US FD had tweeted earlier last month, warning people against the use of the drug. The Comedian podcaster’s decision of Ivermectin intake as well his opinion on vaccination has attracted a barrage of reactions on social media.

'Do not get vaccinated,' Rogan had said

Rogan said he felt "very weary" in a video that he posted on his official Instagram handle, citing fatigue as one of the possible symptoms. “Throughout the night, I got fevers and sweats and I knew what was going on,” he continued, adding that he was in self-isolation to protect his family members. The host of the popular "The Joe Rogan Experience” podcast that streams on Spotify had hurtled anti-vaccination sentiments on one of his shows in April, wherein he ended up saying that if a 21-year-old asked him whether they should get vaccinated, he would suggest “they do not.” "If you're a healthy person, and you're exercising all the time, and you're young, and you're eating well, like, I don't think you need to worry about this," he had said.