US President Joe Biden who was recorded appealing to the countries to work seriously on the climate, allegedly produced some natural gas of his own. 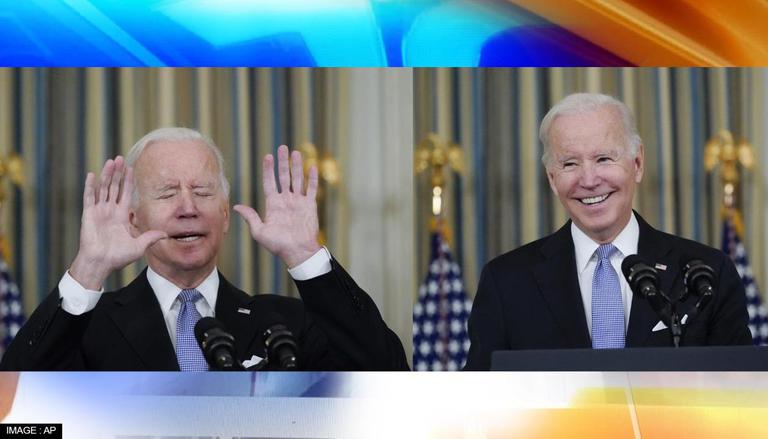 
Political campaigns mandate a lot of hard work. It has become a common practice to unearth videos of one's rival candidate that could potentially hamper the image of the latter. At times, the probe for such videos ended with private tapes or chats while, when it comes to incumbent US President Joe Biden, his opponent went to the next level to malign his image. During the presidential elections campaign last year, one of the videos shared by Donald Trump Jr. showed President Biden producing a bizarre sound in the middle of the talk show. According to some media reports published last year, the sound was that of a fart and possibly a very wet one.

Watch the video of Biden with Gov Wolf:

British online newspaper, The Independent on May 28, 2020, published a report in which the publication claimed Biden was talking about the economic recovery from coronavirus and the need for financial help and while saying this, he suddenly he produced a bizarre noise that sounded very much similar to a fart. The video shared by Donald Trump Jr placed a lot of strain on the body and mind of the voters who were confident to make the Democrat candidate Joe Biden their next President. While this was not the only time when the incumbent President was trolled heavily by his opponents and followers. Recently, during the UN Climate Summit, President Biden was unable to resist a call of nature when he met with Camilla, Duchess of Cornwall, news agency Sputnik reported citing a report of the Daily Mail.

An unfortunate metaphor for the Biden presidency 😴 😴 😴 pic.twitter.com/KTpMK6dKvA

According to the media reports, Biden allegedly produced farting noise of his as he met the Duchess during a reception on Monday at the Kelvingrove Art Gallery. The meeting was attended by Prince Charles, the Duke and Duchess of Cambridge and UK Prime Minister Boris Johnson.

Apart from this, Biden was also filmed taking a nap in between the UN Climate Summit. During the Summit, a man who was reportedly a security officer came to Biden and probably asked him to wake up.

We all knew it would be a shit show.

Subsequently, he was seen scratching his eyes. Meanwhile, the video is now doing rounds on social media. The social media users took to Twitter and posted witty comments on President Biden's act. Some of the reactions read, "Apparently Biden isn't afraid to break emission standards." "They need to attach “Biden farts” to their “cow farts” green energy infrastructure bill," wrote another user. "Brave man, at his age, to trust a fart. Oh, wait. Rome" added another Twitter user.