Two men from Ohio have reportedly claimed to have found themselves staring at what they say resembled Bigfoot or Sasquatch in Salt Fork State Park.

Two men from Ohio have reportedly claimed to have found themselves staring at what they say resembled 'Bigfoot' or Sasquatch in Salt Fork State Park. They even posted a video on YouTube which shows the creature wandering upright on two feet among the trees. The video has even received more than four lakh views and thousands of comments. The ten-minute clip two-second clip has further also created plenty of scepticism among netizens.

One of the men captioned the video saying, “My friend and I got permission to fly our drones at Salt Fork State Park in Ohio. While we were there we heard many strange noises and we may or may not have found the Ohio Grassman / Bigfoot / Sasquatch in Ohio at Salt Fork”.

One YouTube user wrote, “I once thought I saw a unicorn while I was driving on I-77 one evening”.another said, “Take a gun next time and shoot it or a tranquillizer dart, then we can see what it really is, good job guys on trying to keep the tradition alive, however, I really don't think anyone thinks u [sic] actually have ‘Bigfoot’ or ‘Grassman’ on video”. 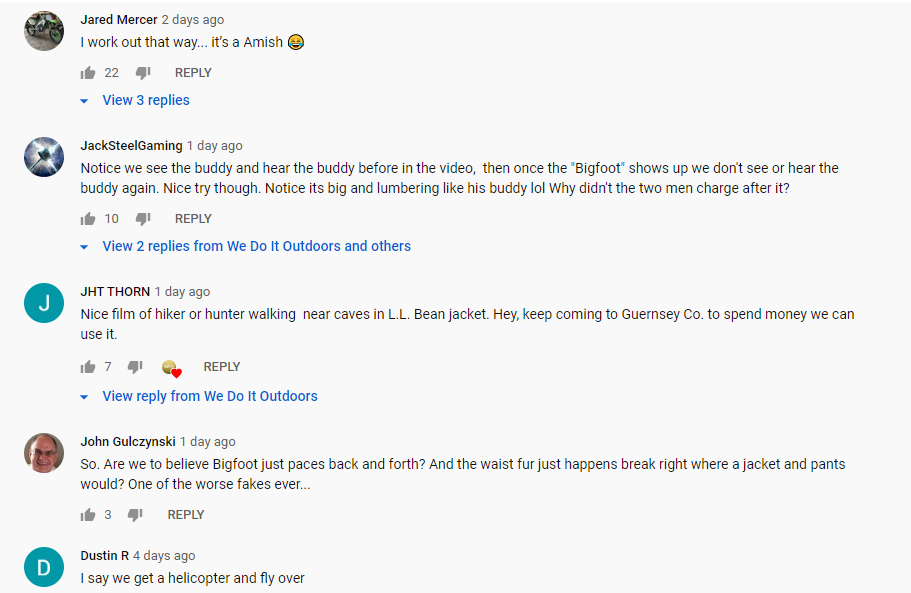 Sasquatch Museum in US

In October 2019, a former supper club, along a four-lane highway in Georgia, was turned into the Sasquatch Museum, focusing on the legendary Bigfoot. It provides a wonderful experience for people who want to know more about the beast. The museum is close to the Tennessee state line and has an intricate display of Bigfoot attacking the remote lodge. Colour-coded maps report many alleged sightings and a display portraying an 8-foot-tall beast. A celebrated 1967 video of a supposed Sasquatch sighting plays on repeat, alongside nerve-racking memories from the individuals who guarantee to have encountered a Bigfoot.