Woman Accidentally Leaves Pet Cat In The Washing Machine For A Full Cycle, Here's What Happened Next

A cat from Minnesota, USA was found in the washing machine which its owner had switched on, not realizing that the cat was present there.

A cat from Minnesota, USA was found in the washing machine which its owner had switched on, not realizing that the cat was present there. However, miraculously, the almost one-year-old kitten survived the rigorous spinning and turning of the washing machine but was severely injured.

As per an international media publication, the cat's owner Stefani Carroll-Kirchoff turned the washing machine on and walked away after setting it to express wash. When she returned more than 30 minutes later, she found the severely injured cat inside the washing machine. Luckily, the young cat survived the horrid and life-threatening situation.

After finding the injured cat, Stefani quickly rushed to the Animal Emergency and Referral Center of Minnesota. Speaking to a leading media publication, she stated that she has been in shock from the last few days and this one mistake is going to haunt her for the rest of her life.

Although the young cat survived the incident, it did develop pneumonia because of the amount of water in its lungs. Reportedly, the mammal is still on pain medication and is receiving 'round-the-clock-oxygen'. Meanwhile, the doctors and the cat's family are quite hopeful of a full recovery.

"When my mom found him, he was soaking wet and barely breathing, confused and unable to see, and had bruises all over his body," wrote Stefani's daughter, Asha Carroll McCullough, on the GoFundMe page she set up to help with Felix's medical bills.

"He is experiencing blindness, which could be temporary or permanent; only time will tell," she wrote, adding that her family was "heartbroken and scared" over the incident.

At the time of publishing, the page that Asha set up has managed to raise over $9,000 for Felix's treatment. 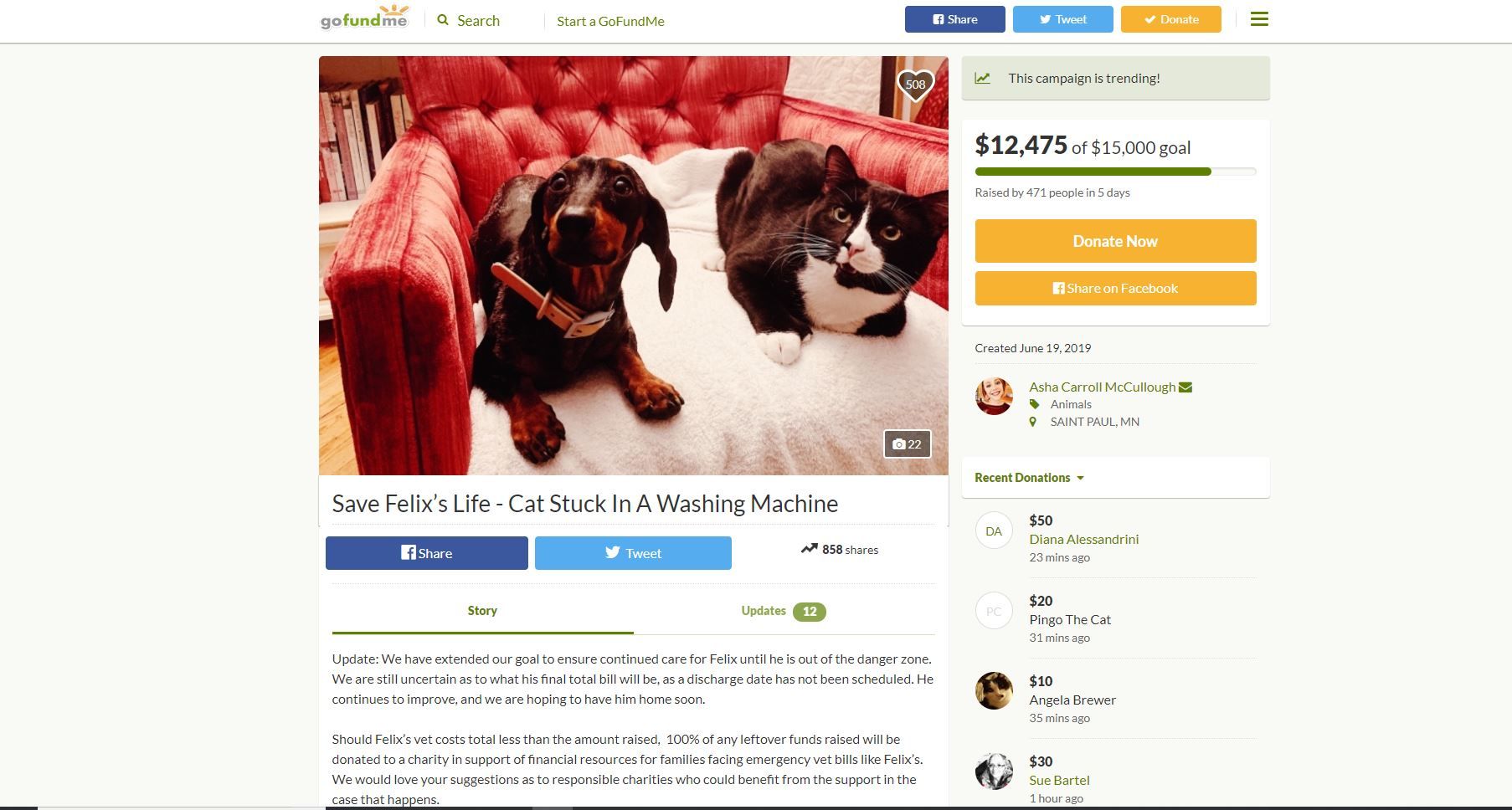 Speaking with international media publications, Stefani stated that after the incident, she is going to find a way to give back, as it has given her a reason to fight harder for animals and their well being.

READ | 'It Is Creepy': Forget Annabelle, This Antique Doll Abigail Is Scaring The Hell Out Of Netizens