The Ola Electric S1 scooter has been launched in 10 colour variants and offers a 150 km range. The company will provide 9 custom scooters to foreign Embassy. 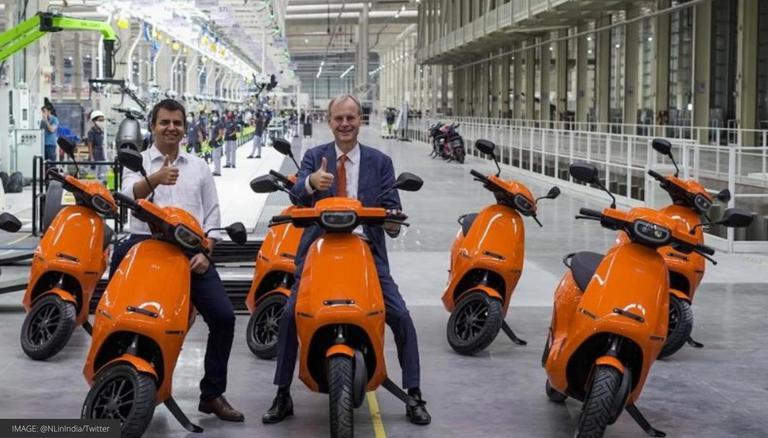 
The Embassy of the Netherlands has ordered nine special Ola S1 Pro Scooters from the Indian electric scooter manufacture Ola Electric. These customized Ola S1 Pros will be painted in orange colour, which is the official colour of Netherlands. The nine scooters will be used for diplomatic missions of the Netherlands in the country. Once Ola gets started with customer deliveries in the coming time, these scooters will be delivered to three locations: the embassy in New Delhi and Consulates General in Bengaluru and Mumbai.

The Ola Electric S1 scooter has been launched in 10 colour variants and offers a 150 km range on a full charge. The company says that the vehicle will be able to cover up to 75 km when charged for 18 minutes. Along with the electric scooter, Ola is also planning to establish up to one lakh charging stations across 400 cities in India. Read what Marten Van Den Berg, the Dutch Ambassador to India says in the tweet attached below.

In a public statement, founder and CEO at Ola, Bhavish Aggarwal says "We are excited to build these custom scooters for the embassy of The Netherlands and are proud that they have joined our Mission Electric, which is to ensure that no petrol two-wheelers are sold in India after 2025." Ola is also planning to provide custom paint finishes to individual customers so that the electric scooter is unique to its owner.

In future, Ola Electrics aims to launch the electric scooter range in global markets including Europe, Australia, New Zealand, United Kingdom, South East Asia and other regions as well. The company is manufacturing S1 Pros' components in India, supporting the Make in India campaign. The Ola electric scooter is one of the best in class EVs, providing decent riding capacity and features for the rider.

Today @BergMarten visited @OlaElectric Futurefactory. Ola is transforming mobility in 🇮🇳. We are happy to purchase 9 Ola S1 Pro electric scooter customized for us with touch of ORANGE.#Didyouknow that factory is fully run by female workforce.#EVs #futuremobility #SDGs pic.twitter.com/SYXMaImnHl

The Bhavish Aggarwal-led firm spun off from the ride-hailing firm Ola and is also setting up a factory in Tamil Nadu’s Krishnagiri worth Rs 500 crores. The factory would aim at making 10 million vehicles a year at full capacity which would also make it reportedly the largest two-wheeler factory. The company also recently raised $100 million in long term debt from the Bank of Baroda to complete the first phase of development of its factory, where the electric two-wheelers would be manufactured. Stay tuned for more auto news.