In the lead-up to the first-ever Republic 'India Economic Summit' on November 26, we look into how the education sector in India has tremendous potential. 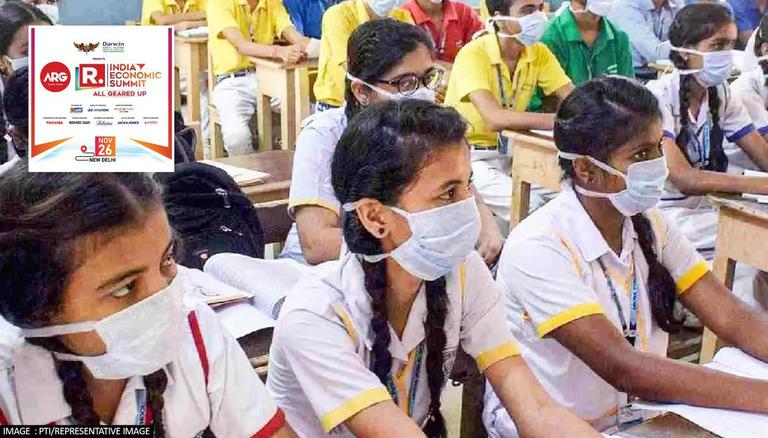 
In the lead-up to the first-ever Republic 'India Economic Summit', which will see the most influential names in the industry and the economic world come together to put the world's fastest-growing major economy under the microscope, Republic World is taking an in-depth look into some of its key drivers. Today we look into how the education sector in India has tremendous potential despite the challenges faced by the COVID-19 pandemic. This sector assumes vital importance as the country is home to one of the world's highest populations of young people. Amid curbs on physical learning, the Education Technology platforms have witnessed a rapid rise.

#RepublicSummit | The countdown is ticking down to the India Economic Summit, where accelerating the global force that is India Inc. will be on the agenda, coming to you #LIVE from New Delhi on November 26 on Republic TV here - https://t.co/NWgtMkAYQk pic.twitter.com/oYWxrHvlec

Approved by the Union Cabinet on July 29, 2020, the NEP is one of the Centre's landmark initiatives in the education sector replacing the 34-year-old National Policy on Education, 1986. Targeting a 100 per cent Gross Enrolment Ratio in school education by 2030, it aims at bringing back 2 crore 'out of school' children through universalization of education. Moreover, it stressed replacing the current 10+2 system with the 5+3+3+4 structure corresponding to ages 3-8, 8-11, 11-14, and 14-18 years respectively. The NEP also calls for changing the exam pattern with a focus on testing core competencies rather than memorized facts.

Crucially, it entails the commencement of vocational education along with internships from Class 6 itself. As far as higher education is concerned, undergraduate education would include multiple entry and exit options, besides offering flexible curricula, a creative combination of subjects, and integration of vocational education. While the opposition has raised concerns about the NEP being implemented in different parts of India in a piecemeal manner without Parliamentary approval, it is apparent that the widespread reforms envisaged by the Centre can transform the state of education in the country.

Impact on education during the pandemic

In the fiscal year 2021-22, the Union government allocated 3.5% of the GDP for education, which is an improvement from 2.8% in 2014-15. As per the Unified District Information System for Education, the physical infrastructure of more than 9.72 lakh government primary schools has improved significantly in the last few years. While India has attained a literacy level of nearly 100 percent at the school level, literacy among girls remains below the national average of socio-religious groups. In 2018-19, the Centre launched the Samagra Shiksha scheme with the goal of improving equitable learning outcomes.

It has also given an impetus to increase the use of digital technology via smart classrooms, digital boards and DTH channels and ICT infrastructure in schools from upper primary to higher secondary level. Meanwhile, schools being shut in India since nearly 18 months owing to the novel coronavirus crisis had an impact on the learning levels. As per the Annual Status of Education Report 2021, the proportion of children aged 6-14 who are currently not enrolled in schools stood at 4.6%.

Its survey also pointed out a big jump in government school enrollment accompanied by a fall in private school enrollment. While 67.6% of enrolled children have a smartphone available at home, only 27% of these students can access it at all times for the purpose of education. In a heartening development, 50.7% of students who did online activities at home pertaining to the school found it easier to do so than in 2020.

As per KPMG, online certification courses and test preparation will continue to account for a large proportion of the online education market in India which was estimated to touch the $1.96 billion mark in 2021. Education Technology solutions have grown exponentially with a rise in distance learning. Byju's which became the first EdTech firm to be valued at over $1 billion in 2018 has become the nation's most valued startup with a valuation of $16.5 billion. Other EdTech startups such as Unacademy, Eruditus and UpGrad are also valued above $1 billion.

In September, the Niti Aayog announced its partnership with Byju's via which the EdTech platform will provide free learning programmes to students across 112 'aspirational' districts. The collaboration will entail Byju's giving high-quality coaching to 3000 students of Class 11 and 12 who wish to appear for NEET and JEE exams. Furthermore, students in Classes 6-12 can get access to content from the Byju's Learning App under its 'Education for All' initiative. While such startups have faced criticism for not catering enough to lower-income students, the integration of technology into education is perceived as the way forward.