Bill Gates justified his short position against Elon Musk's Tesla and claimed that no one invests more toward climate change than he does. Details inside. 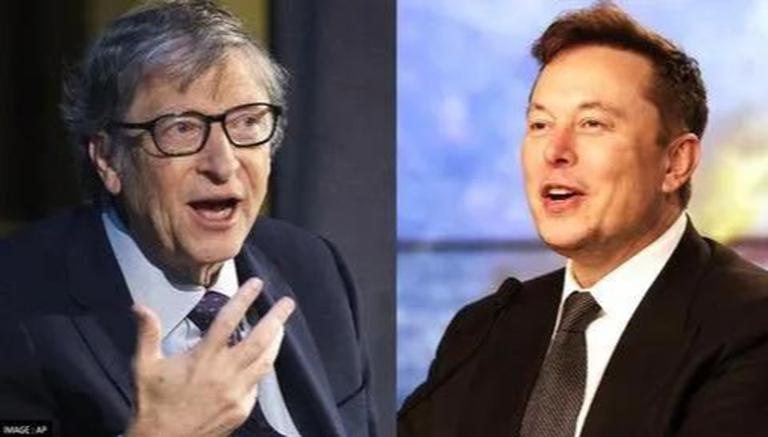 
Microsoft co-founder Bill Gates, who recently faced ire for allegedly shorting stocks of Elon Musk’s electric car company Tesla, justified his move. In a recent interview, Gates praised Musk for his environmental efforts but claimed that no one invests more toward climate change than he does. Gates made these statements during a conversation with Hugo Travers who posted the interview on his YouTube channel HugoDécrypte.

The billionaire even went on to say that Tesla has no shortage of capital and shorting stock would have no effect.

"Tesla's done a fantastic job, the cars are great. I give a lot more money to climate change than Elon or anyone else", Gates said in the interview. He further said that he has given a lot of "philanthropic dollars" and has backed a lot of companies. According to Gates, cars form 16% of the total greenhouse gas emissions and there is 84% of the problem that also needs to be solved. "He's (Elon) done a great job, but somebody shorting the stock doesn't slow him down or hurt him in any way". Earlier today, Musk even reacted with a "sigh" to a clip from the interview which was shared by one of the former's followers.

For the unversed, in the capital market, "shorting" or "short selling" means selling a security at a given price and buying it again at a lower price. The short seller makes a profit off a company when the company is at a loss.

The spat between the two tech billionaires began when Musk came to know that Gates has about $500 million short position against Tesla. The revelation was made by a Twitter user who shared a screengrab of the conversation between the billionaires. According to the purported conversation between the two, Gates wanted to "discuss philanthropy possibilities" with Musk, following which the latter questioned the former about his Tesla stock situation.

So apparently Bill Gates hit up @elonmusk to discuss “philanthropy on climate change” but Elon asked if he still had a half billion dollar short position on $TSLA.

Bill said he hasn’t closed it out, so Elon told him to get lost. No idea if this is true lol pic.twitter.com/iuHkDG3bAd

Musk reportedly declined Gates' offer by saying that Tesla is doing the most for climate change than any company. Currently, Tesla's stock prices have taken a severe hit as they tanked 9% as of June 5. According to multiple media reports, the dip was recorded after Musk's mail to Tesla executives titled "pause all hiring worldwide". Reports suggest that Tesla is considering laying off 10% of the company's workers. Earlier today, Musk tweeted that although the total headcount at his car company would increase, the "salaried should be fairly flat".

Total headcount will increase, but salaried should be fairly flat