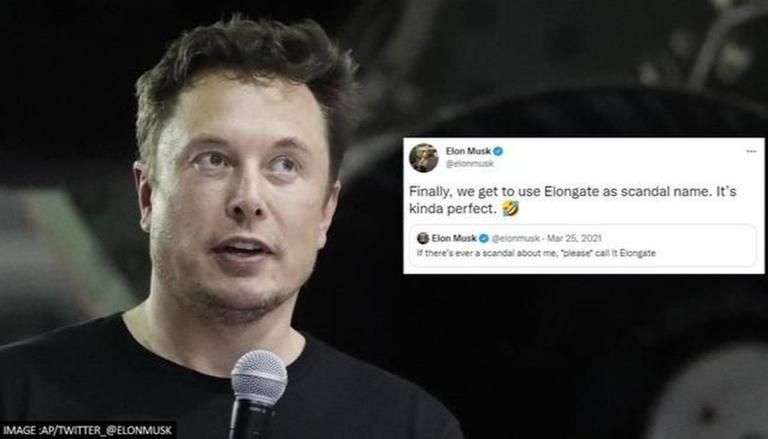 
Hours after a report claiming that SpaceX paid an employee $250,000 to settle a sexual harassment claim against company's founder Elon Musk, the billionaire has publicly refuted the accusation and even suggested a fitting ‘scandal name’ for the situation.

In his latest Twitter post, the Tesla CEO stated that the attacks against him "should be viewed through a political lens" and that nothing will deter him "from fighting for a good future and right to free speech."

Quote-tweeting his own post from last year where he had suggested using 'Elongate' if there's ever a scandal about him, Elon Musk wrote, “Finally, we get to use Elongate as scandal name. It's kinda perfect.

If there’s ever a scandal about me, *please* call it Elongate

Elon Musk's suggestion to see the sexual assault allegations from a "political lens" comes in an apparent reference to his changed voting preference. Earlier this week, the world's richest man said he used to vote for Democrats but since it has become a "party of hate and division," he would rather vote for Republicans.

He had even tweeted saying, "Now, watch their dirty tricks campaign against me unfold." In a previous post, Musk wrote, "Political attacks on me will escalate dramatically in coming months."

What are the sexual harassment claims against Elon Musk?

A recent report published by Business Insider claimed that the tech billionaire had paid US $250,000 to an anonymous flight attendant after she accused Musk of exposing himself to her. The report was based on a purported statement by the friend of the attendant who was part of the settlement.

The report claimed that Musk had not only exposed himself to the stewardess but also rubbed her thigh. Further, he reportedly offered to buy her a house if she agreed to  “do more” during the in-flight massage. She however refused and instead sued Musk in 2018.

Later, SpaceX made an ‘out of court settlement’ and included a nondisclosure agreement which prevented the flight attendant from speaking about it.

The billionaire took to Twitter late on Thursday to denounce the "utterly untrue" claims.  "I have a challenge to this liar who claims their friend saw me 'exposed' - describe just one thing, anything at all (scars, tattoos, ...) that isn't known by the public. She won't be able to do so, because it never happened," Musk said in an online statement.