Michael Burry, who shot to fame during the global financial crisis in the 2000s, warned of the “greatest speculative bubble” in the history of stock markets. 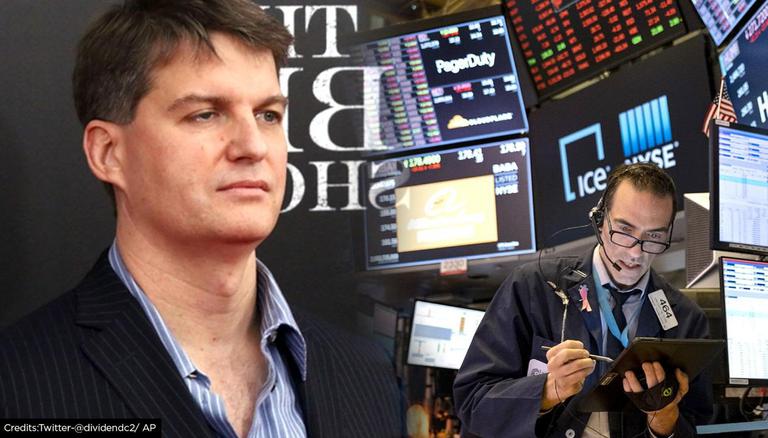 
American investor Michael Burry, who shot to fame in the global financial crisis of a decade-and-a-half ago, on June 15 warned of the “greatest speculative bubble” in the history of stock markets. The head of hedge fund Scion Capital and also one of the most respected money managers on Wall Street rejoined the microblogging platform only recently to make a bold statement on Tuesday with hashtag #FlyingPigs360 which appeared to a reference to a famous saying in investing.

The saying goes, “Bulls make money, bears make money, but pigs get slaughtered.” Burry’s latest tweet came after he repeatedly flagged that investors have grown more greedy and hence, shouldering risk as they are seeking unrealistic returns. The 2015 film ‘The Big Short’ investor had deleted his Twitter account in early April after flagging the Tesla stock, which he is short along with GameStop, bitcoin, dogecoin, Robinhood, SPACs, inflation, and the broader stock market. He only started tweeting again on June 14.

People always ask me what is going on in the markets. It is simple. Greatest Speculative Bubble of All Time in All Things. By two orders of magnitude. #FlyingPigs360

Who is Michael Burry?

American investor Burry is most popular for his billion-dollar bet against the United States housing bubble back in the mid-2000s which eventually took the form of a book and a movie in which his character was played by actor Christian Bale. Burry was one of the only fund managers in the country who witnessed the canaries in the coal mine of the doomed US housing market in 2006 and 2007. While investing in the same, he lost millions of dollars and many of his investors. However, he emerged to make billions when the housing sector collapsed and triggered the global financial crisis.

Born in San Jose, California on June 19, 1971, Burry has often weighed in on the so-called ‘meme stocks,’ the term that has now emerged to describe the companies with share prices that have been caught up in social media-fuelled buying trends. As per The Motley Fool, the term encompasses shares such as GameStop Corp, AMC Entertainment Holdings Inc and BlackBerry Ltd. Previously, Burry has compared the social media hype around the bitcoin, electric vehicles and other such stocks to the dot-com and housing bubbles. He has said earlier this year that the stock market was “dancing on a knife’s edge.”